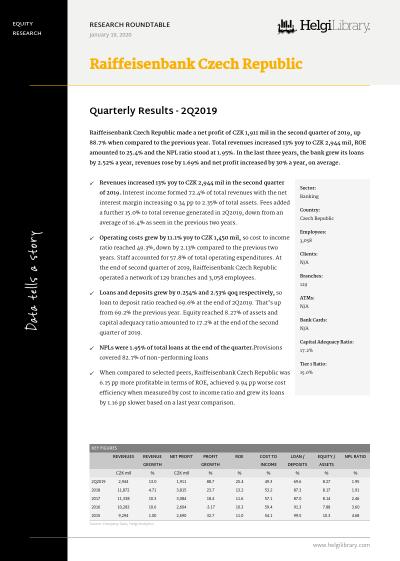 This report analyses the performance of Raiffeisenbank Czech Republic for the 2Q2019. You will find all the necessary details regarding volume growth, market share, margin and asset quality development in the Bank.

NPLs were 1.95% of total loans at the end of the quarter. Provisions covered 82.7% of non-performing loans

When compared to selected peers, Raiffeisenbank Czech Republic was 32.0% more profitable in terms of ROE, achieved 25.3% better cost efficiency when measured by cost to income ratio and grew its loans by 62.7% slower based on a last year comparison.