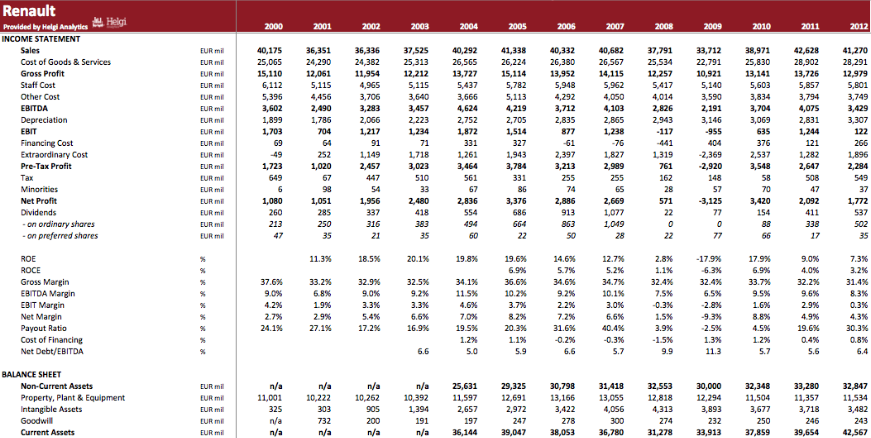 In addition, the excel file provides a summary concerning Renault's production and sales on its key markets including market share