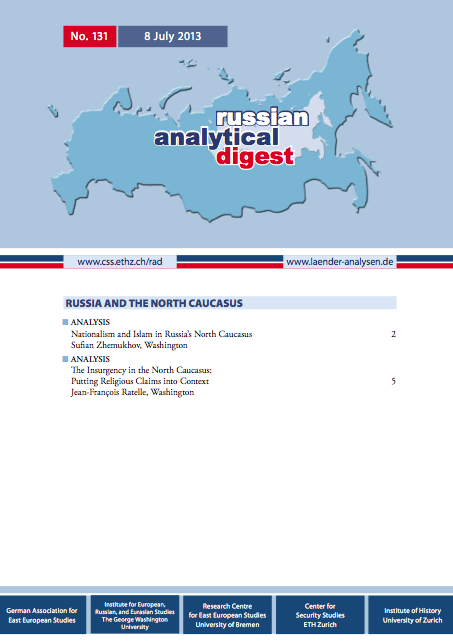 This edition is focussed on the Russian North Caucasus, and contemporary understandings of the on-going insurgency in the region. In the first article, Sufian Zhemukhov outlines that contemporary analysis of the North Caucasus often ignores the complex array of factors shaping the security, political and societal environment, which, if considered, reveal a more varied picture than the one usually presented of a region split between radical Islamists and everyone else. In the second article, Jean-François Ratelle questions the popular portrayal of the insurgency in the North Caucasus as being part of the global Salafi jihad fighting against the West, arguing that it remains mainly an internal Russian problem and that emphasis should not be put on the link between the Caucasus Emirate and al-Qaeda, rather it should focus on events such as the upcoming Sochi Olympics.

The South Caucasus Between the EU and the Eurasian Union

Download
Organized Crime and Illegal Trafficking in the Caucasus