Home » Reports » Russia’s Relations with France and the United Kingdom

Russia’s Relations with France and the United Kingdom 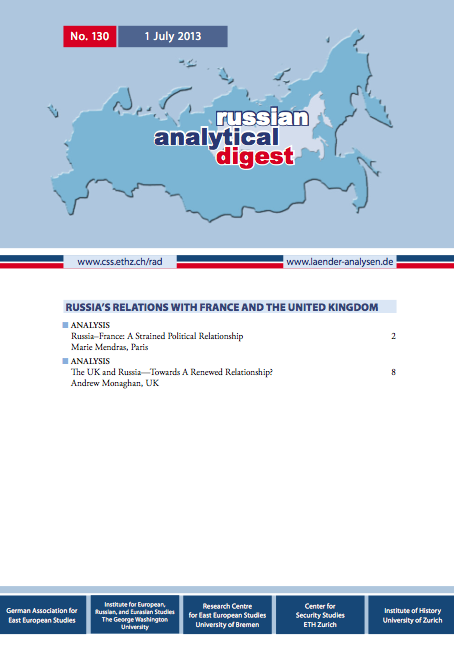 This edition examines Russia’s relations with France and the UK. In the first article, Marie Mendras outlines that while the French government seeks to build an economic relationship with Russia, French society is concerned about growing authoritarianism in Russia. She also argues that differences between Moscow and Paris on a number of key issues exist with few signs that this situation will change soon. In the second article, Andrew Monaghan suggests that the relationship between Russia and the UK has been beset by prominent—and recurring—disagreements and scandals. This has led to a profound imbalance between areas of substantial practical cooperation, for instance in economic and business relations on one hand, and almost no state-to-state political relationship on the other.

TVN SA at a Glance