SAIC Motor Corp. at a Glance 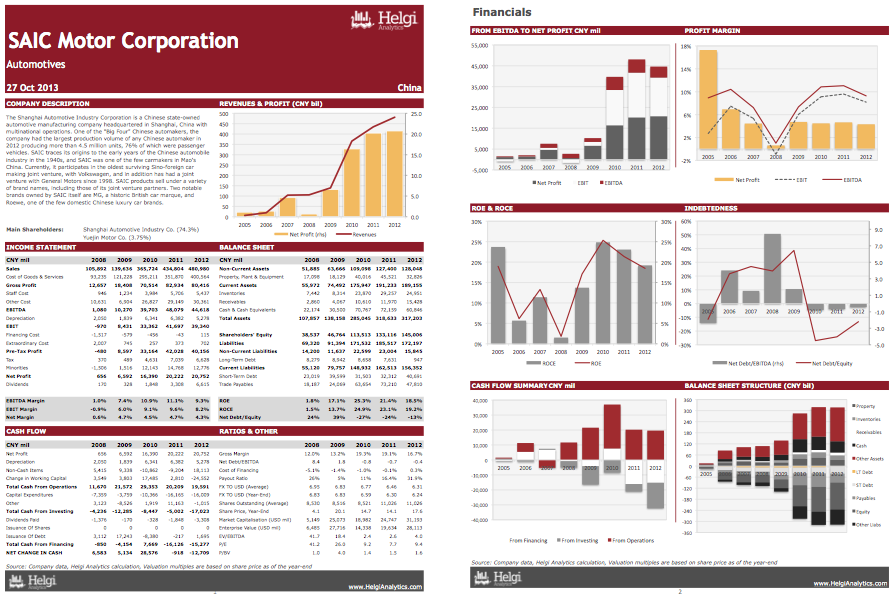 The Shanghai Automotive Industry Corporation is a Chinese state-owned automotive manufacturing company headquartered in Shanghai, China with multinational operations. One of the "Big Four" Chinese automakers, the company had the largest production volume of any Chinese automaker in 2012 producing more than 4.5 million units, 76% of which were passenger vehicles. SAIC traces its origins to the early years of the Chinese automobile industry in the 1940s, and SAIC was one of the few carmakers in Mao's China. Currently, it participates in the oldest surviving Sino-foreign car making joint venture, with Volkswagen, and in addition has had a joint venture with General Motors since 1998. SAIC products sell under a variety of brand names, including those of its joint venture partners. Two notable brands owned by SAIC itself are MG, a historic British car marque, and Roewe, one of the few domestic Chinese luxury car brands.

This report offers a summary of the company's performance in 2003-2012. You will find here all the key numbers from the company's balance sheet, income statement and cash flow on the annual basis.

In addition, the report provides information concerning SAIC's position on its key markets.