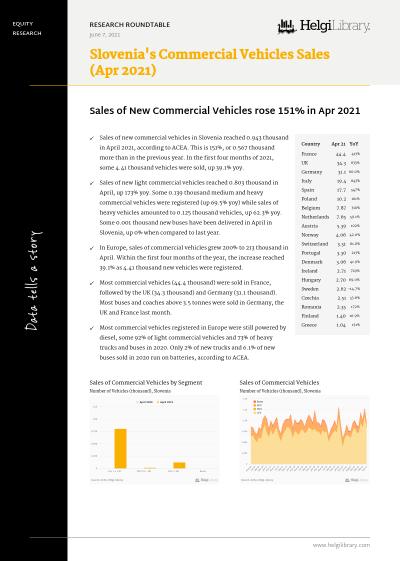 In Europe, sales of commercial vehicles grew 200% to 213 thousand in April. Within the first four months of the year, the increase reached 39.1% as 4.41 thousand vehicles were registered.

Most commercial vehicles (44.4 thousand) were sold in France, followed by UK (34.3 thousand) and Germany (31.1 thousand). Most buses and coaches above 3.5 tonnes were sold in Germany, UK and France last month.