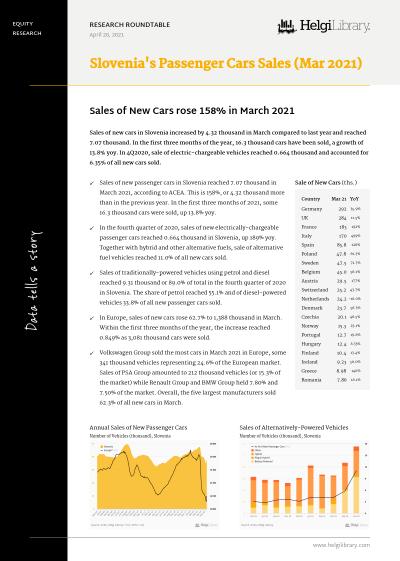 In the fourth quarter of 2020, sales of new electrically-chargeable passenger cars reached 0.664 thousand in Slovenia, up 189% yoy. Together with hybrid and other alternative fuels, sale of alternative fuel vehicles reached 11.0% of all new cars sold.

Sales of traditionally-powered vehicles using petrol and diesel reached 9.31 thousand or 89.0% of total in the fourth quarter of 2020 in Slovenia. The share of petrol reached 55.1% and of diesel-powered vehicles 33.8% of all new passenger cars sold.