Tata Motors at a Glance 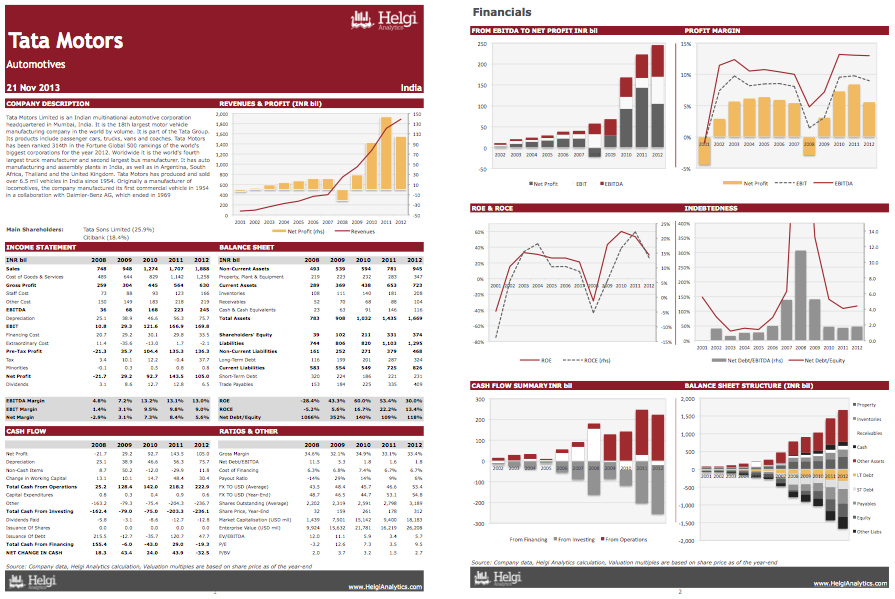 Tata Motors Limited is an Indian multinational automotive corporation headquartered in Mumbai, India. It is the 18th largest motor vehicle manufacturing company in the world by volume. It is part of the Tata Group. Its products include passenger cars, trucks, vans and coaches. Tata Motors has been ranked 314th in the Fortune Global 500 rankings of the world's biggest corporations for the year 2012. Worldwide it is the world's fourth largest truck manufacturer and second largest bus manufacturer. It has auto manufacturing and assembly plants in India, as well as in Argentina, South Africa, Thailand and the United Kingdom. Tata Motors has produced and sold over 6.5 mil vehicles in India since 1954. Originally a manufacturer of locomotives, the company manufactured its first commercial vehicle in 1954 in a collaboration with Daimler-Benz AG, which ended in 1969