Home » Reports » The Political Economy of Oil in Azerbaijan

The Political Economy of Oil in Azerbaijan 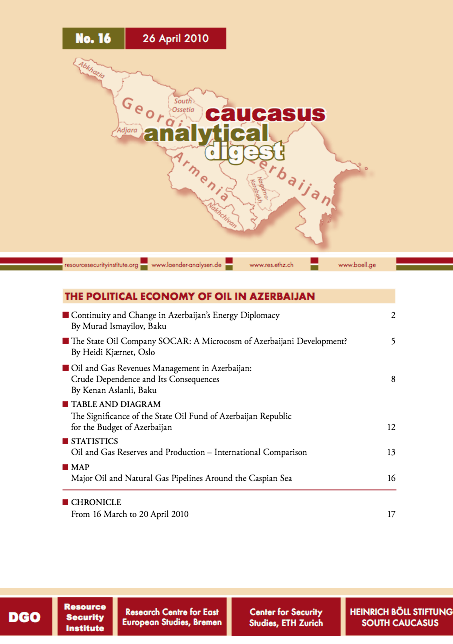 Language: English
Provider: CAD
Pages: 18
This issue of the Caucasus Analytical Digest examines the political economy of oil in Azerbaijan. Firstly, Murad Ismayilov discusses why Azerbaijan since independence has become increasingly disappointed in the West's ability and desire to support its interests. It is argued that as a result of this Azerbaijan has begun to diversify its ties, including those to Russia and Iran. Secondly, Heidi Kjarnet analyzes the national oil company's (SOCAR) role in the country's petroleum sector and as an actor in policy formation. Finally, Kenan Aslanli examines the dependence of the Azeri economy on oil and gas.
Economy | Azerbaijan | April 02, 2010
Download
Excel Sheet, 18 pages

Download
The South Caucasus After the Global Economic Crisis