Home » Reports » What Are the Social Benefits of Education?

What Are the Social Benefits of Education? 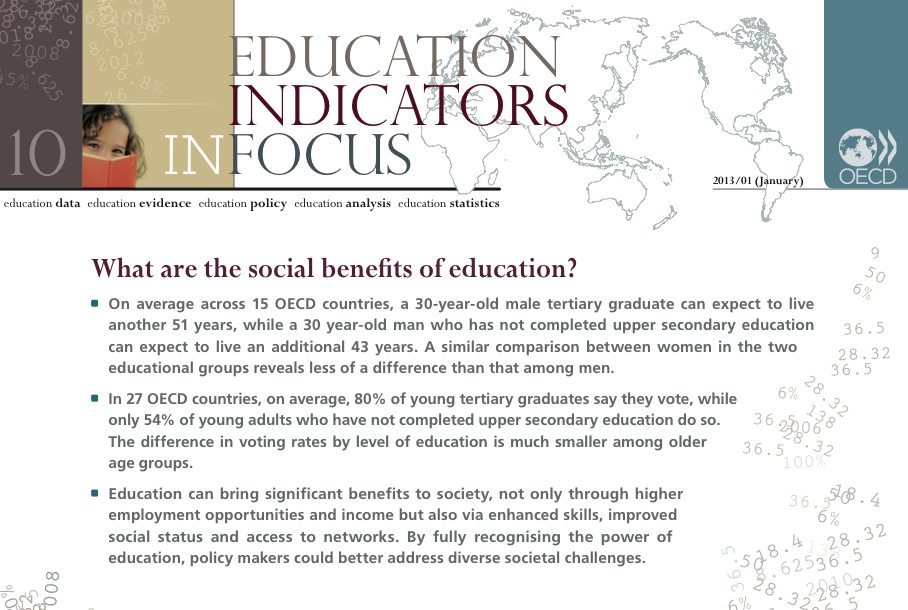 On average across 15 OECD countries, a 30-year-old male tertiary graduate can expect to live another 51 years, while a 30 year-old man who has not completed upper secondary education can expect to live an additional 43 years. A similar comparison between women in the two educational groups reveals less of a difference than that among men. In 27 OECD countries, on average, 80% of young tertiary graduates say they vote, while only 54% of young adults who have not completed upper secondary education do so. The difference in voting rates by level of education is much smaller among older age groups. Education can bring significant benefits to society, not only through higher employment opportunities and income but also via enhanced skills, improved social status and access to networks. By fully recognising the power of education, policy makers could better address diverse societal challenges
Education | Canada | January 04, 2013
Download
Excel Sheet, 4 pages