Home » Charts » How Much Do We Spend before Christmas?

How Much Do We Spend before Christmas? According to research done by Business Reporter, British families expect to spend £796 on average celebrating Christmas in 2015;

• 16% said they had already started their Christmas shopping in September

The research made by PwC last year showed that total spending over the Christmas period in the major Western economies (G7 excluding Japan) amounted to around $445 billion.

Irish spend even more than Britons on Christmas, according to the research with total expenditure accounting for $1,200 per person! Amongst the major Western economies, the UK tops the rankings spending around a third more than consumers in the US on a per person basis.

According to Business Reporter, some 12% of people surveyed said their excessive Christmas spending will give them a financial hangover for 2016.

Christmas should be time of joy and charity. Children need our presence more than our presents! 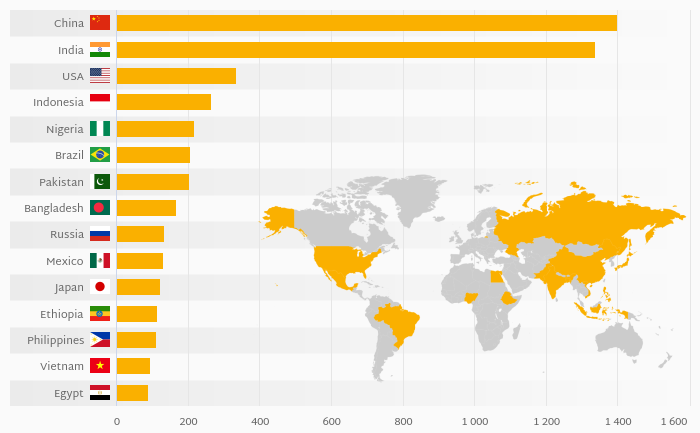 What Are the Most Populous Countries?