Home » Charts » How Much Salary Goes on Rent in European Cities?

How Much Salary Goes on Rent in European Cities? Europe’s capital cities are a big draw for many millions of people seeking dynamic places to live and work.

There is however, one major drawback for their residents; the cost of housing. The price of the properties across Europe’s capitals has been heading upwards in recent years – some faster than others – and now swallows a sizeable chunk of residents’ disposable income when they’re renting or saving for a deposit.

According to JLL, London remains the most expensive place for aspiring homeowners. While nominal wage growth for those who live in London has increased by 15% since 2005, the average price of London property has almost doubled, increasing by 92%.

So which European cities offer the best value for renting and buying a one bedroom apartment?

Proportion of Seats Held by Women In National Parliaments rose 0% to 22.5% in the Czech Republic in 2020 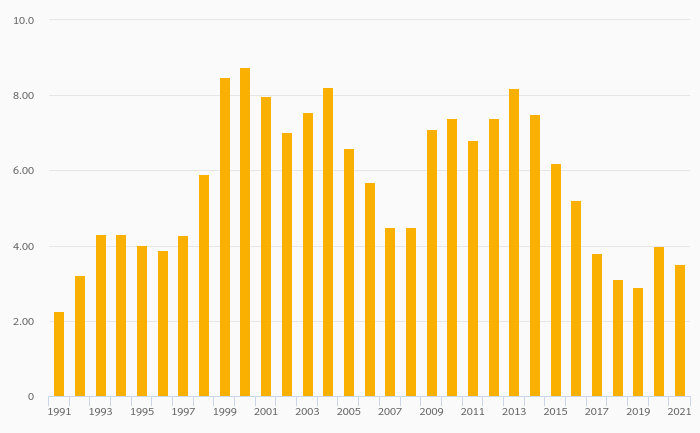