Sales of Electric Chargeable Vehicles in Europe by Country 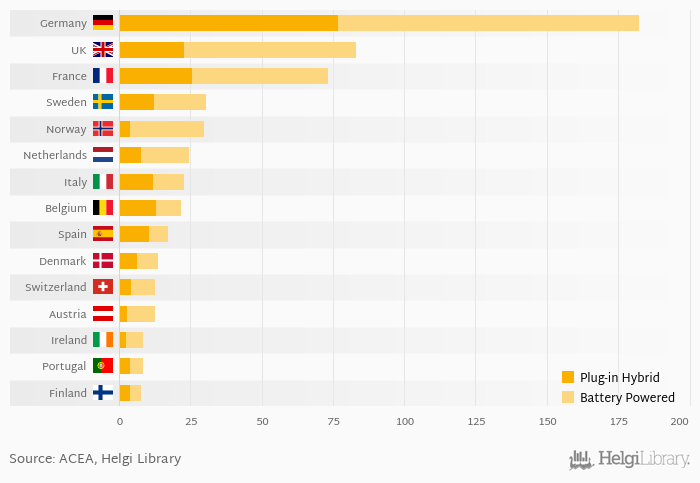 Sales of new electrically-chargeable passenger cars (battery electric and plug-in hybrid electric vehicles) reached 555 thousand in the third quarter of 2022 in the enlarged Europe (EU plus Iceland, Norway and Switzerland), according to ACEA. This is 4.02% more, or 533 thousand more than in the previous year.

Share of electric chargeable vehicles increased to 23.2% of all new passenger cars sold in 3Q2022, up from 22.4% seen in the third quarter of 2021. The sale of battery-electric (BEV) increased by 14.9% when compared to last year, while registration of plug-in hybrid vehicles (PHEV) fell by 9.92%.

Altogether, sale of alternative powered vehicles, including chargeable, hybrid and other alternative fuels vehicles (fuelled by NGV, LPG, or ethanol), accounted for 48.9% of new cars sold in the third quarter of 2022.

The five largest countries accounted for 77.7% of total new vehicles registered in the third quarter of 2022. 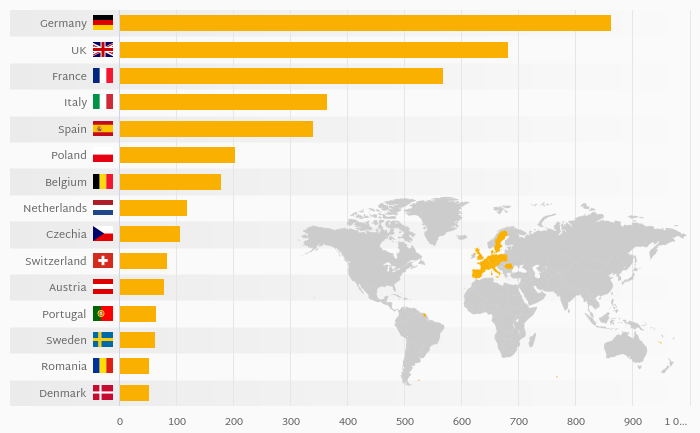 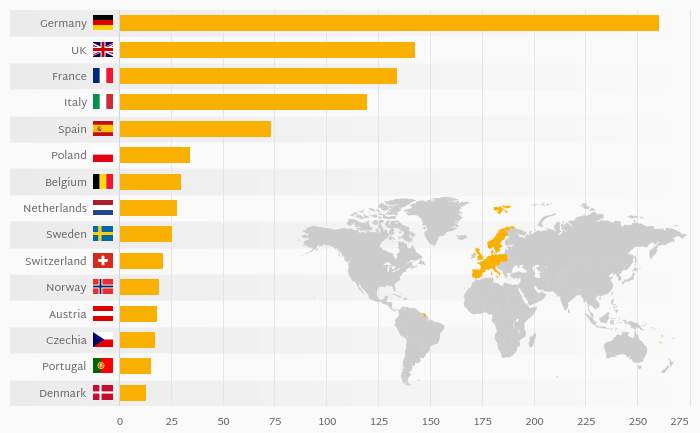 Where Most Cars Were Sold in Europe?