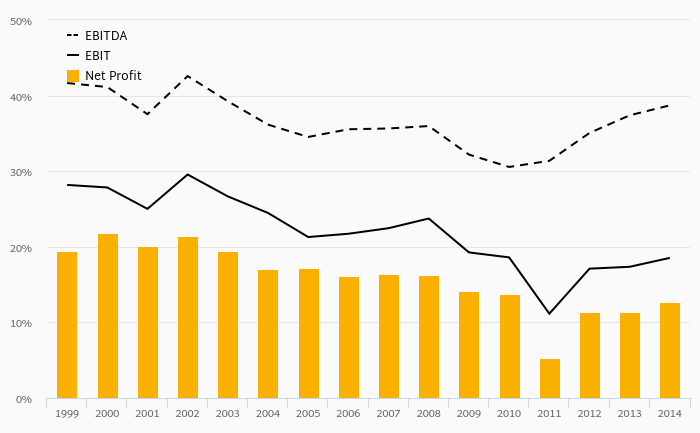 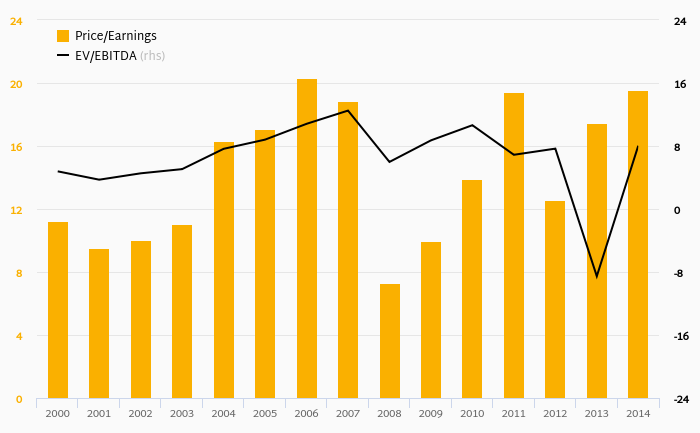 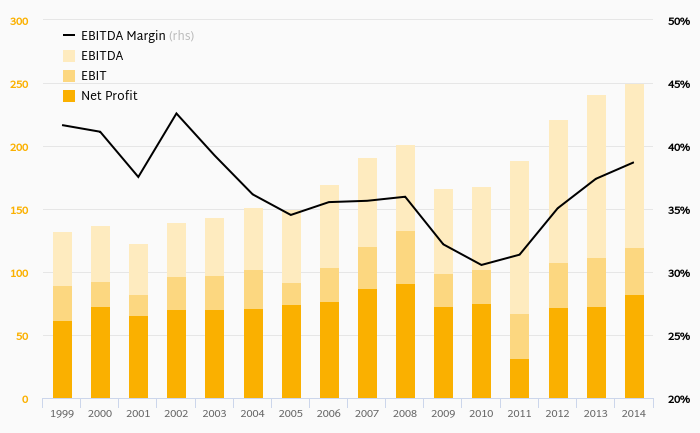 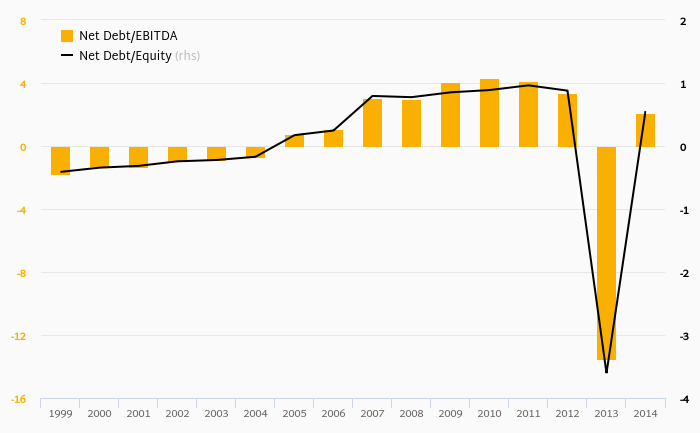 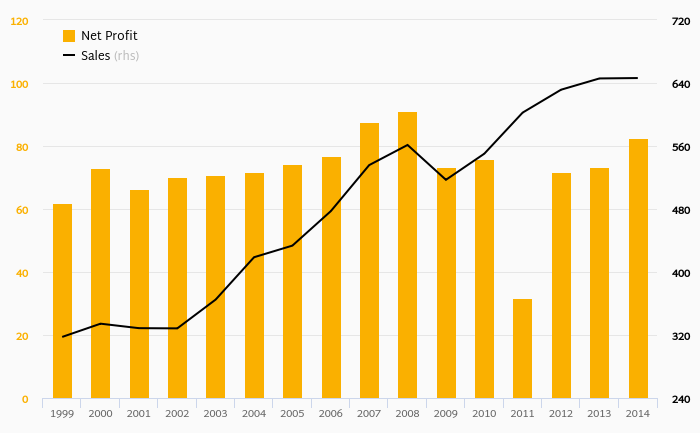 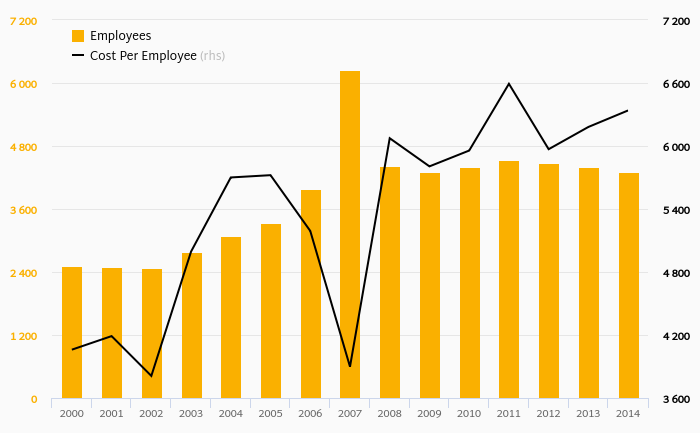 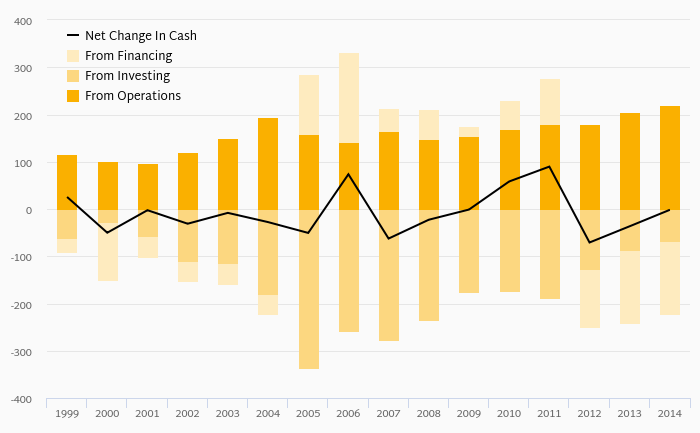 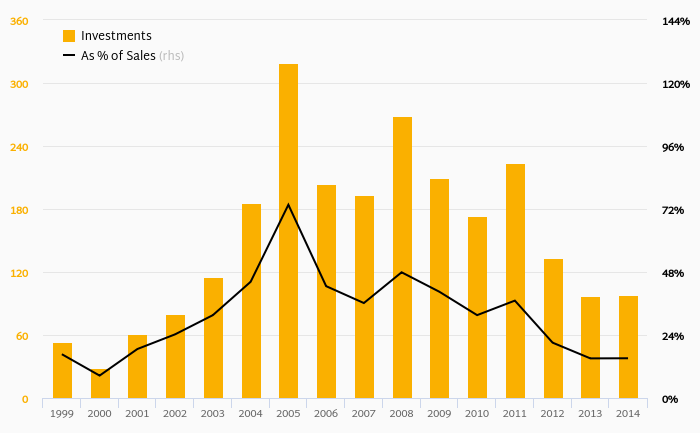 How Much Does Flughafen Wien Invests? 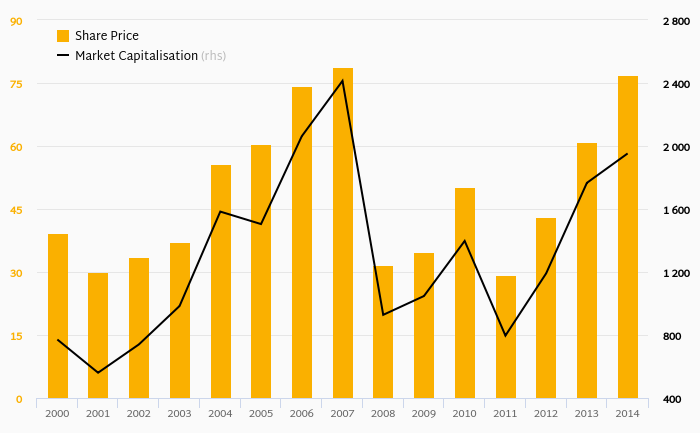 Flughafen Wien AG is an Austria-based company which manages, maintains, and operates the Vienna International Airport and the Voslau Airfield. The Company offers terminal services, air-side and land-side cargo handling, and the leasing of store, restaurant, and hotel airport building space to third party operators and businesses. The Vienna International Airport is the country's biggest airport and serves as the hub for Austrian Airlines and its subsidiary Tyrolean Airways, as well as Niki and is capable of handling wide-body aircraft such as the Boeing 747. It is located in Schwechat, 18 km southeast of central Vienna, and features a dense network of European destinations, long-haul flights to North America and Asia and services to North Africa. During 2014, the airport handled more than 22.7 mil passengers.

Flughafen Wien has been growing its sales by a year on average in the last 5 years. EBITDA has grown on average by 100% a year during that time to total of in 2015, or of sales. That’s compared to 35.6% average margin seen in last five years.

The company netted in 2015 implying ROE of and ROCE of . Again, the average figures were 7.43% and 3.47%, respectively when looking at the previous 5 years.

Flughafen Wien’s net debt amounted to at the end of 2015, or of equity. When compared to EBITDA, net debt was x,

Flughafen Wien stock traded at per share at the end of 2015 resulting in a market capitalization of . Over the previous five years, stock price fell by 0% or -100% a year on average. The closing price put stock at a 12-month trailing EV/EBITDA of x and price to earnings (PE) of x as of 2015.