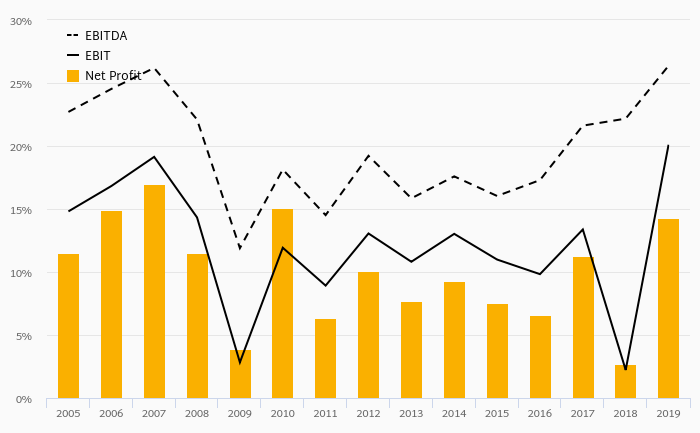 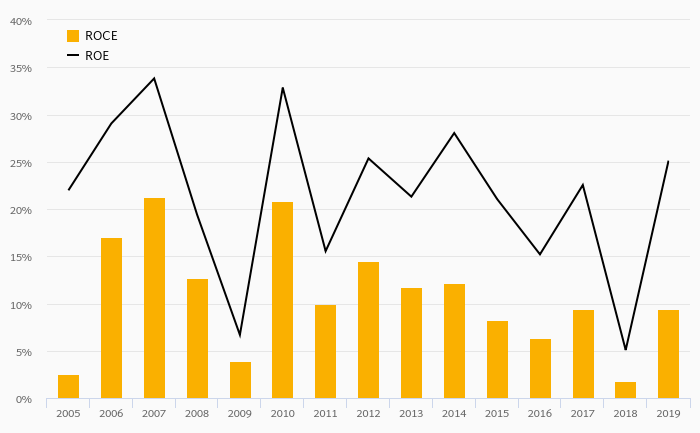 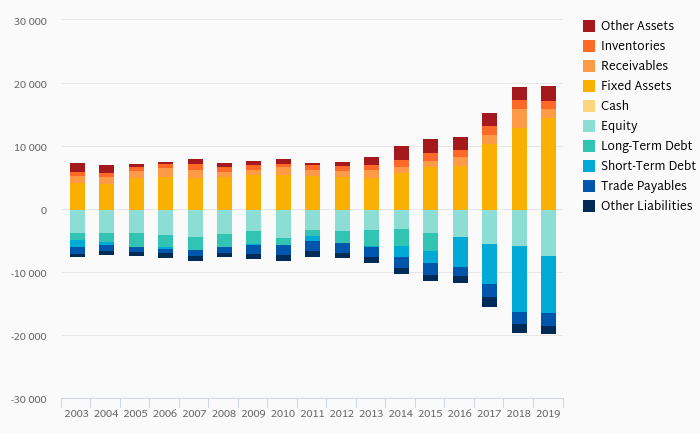 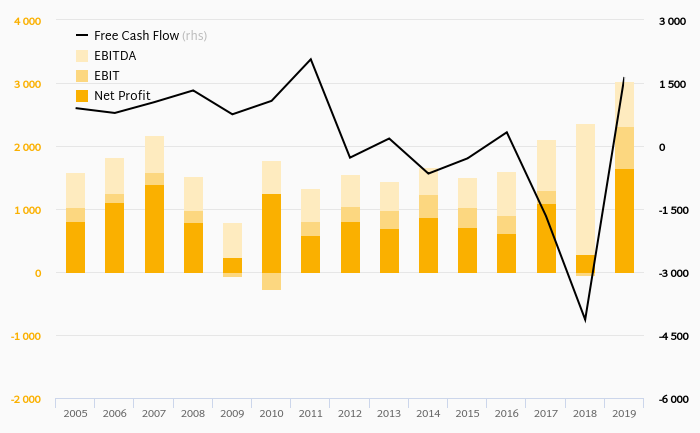 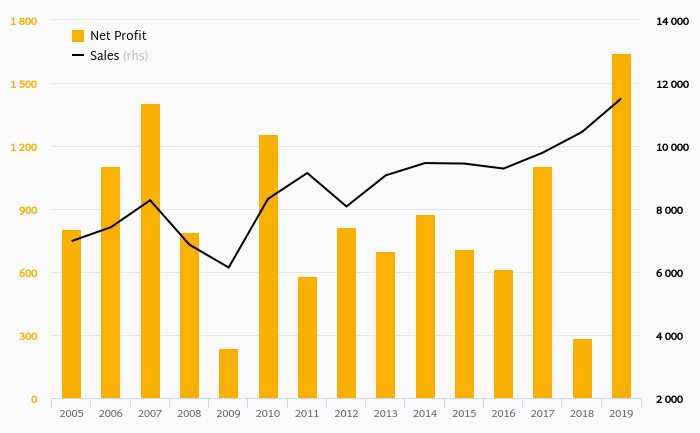 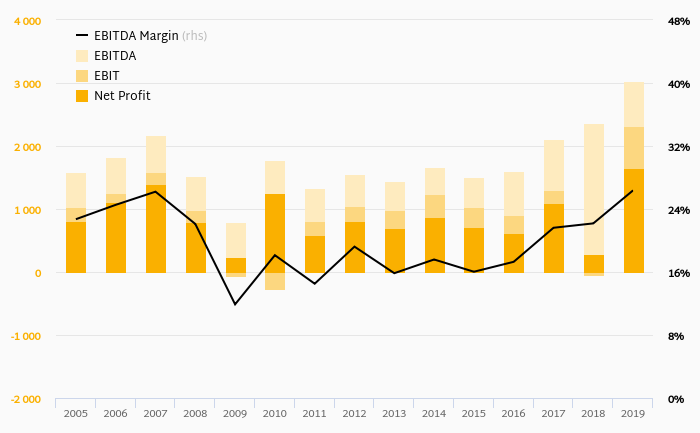 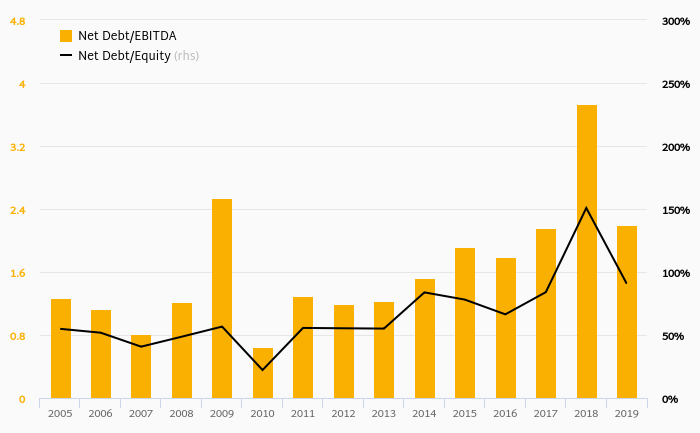 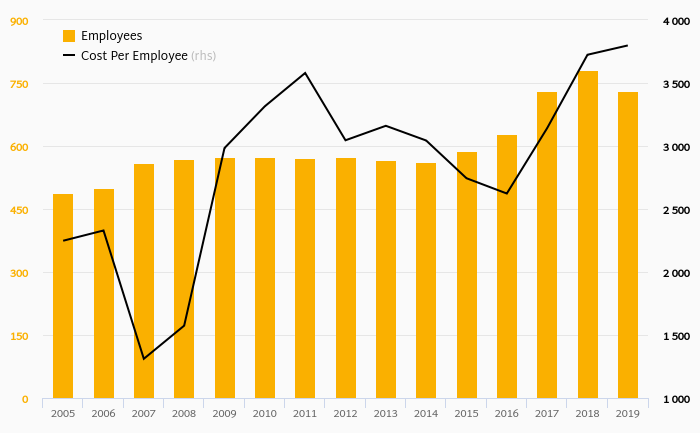 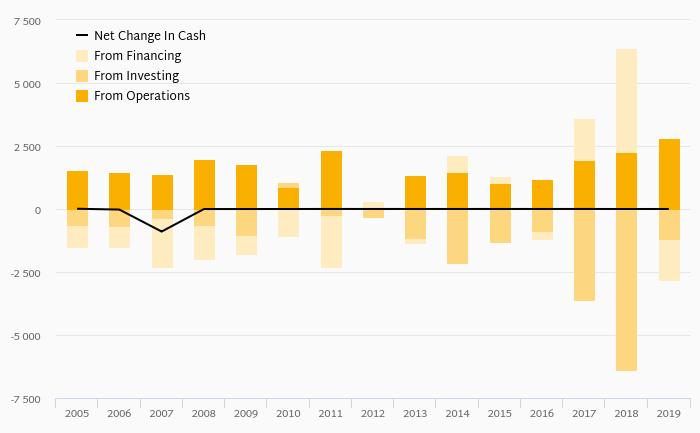 Mondi Štětí is a Czech Republic-based producer of paper packaging. The Company is based in town Štětí, is the largest paper packaging company in the Czech Republic and is a subsidiary of Mondi Group. The Company was founded in 1949 under name Sepap and privatised in 1990's. Mondi is an international packaging and paper Group, with production operations across 30 countries and revenues of EUR 5.8 bil in 2012. The Group's key operations are located in central Europe, Russia, the Americas and South Africa and as at the end of 2012, Mondi employed 25,700 people

Mondi Steti has been growing its sales by a year on average in the last 5 years. EBITDA has grown on average by 100% a year during that time to total of in 2015, or of sales. That’s compared to 16.8% average margin seen in last five years.

The company netted in 2015 implying ROE of and ROCE of . Again, the average figures were 22.6% and 12.1%, respectively when looking at the previous 5 years.

Mondi Steti’s net debt amounted to at the end of 2015, or of equity. When compared to EBITDA, net debt was x, down when compared to average of 1.75x seen in the last 5 years.