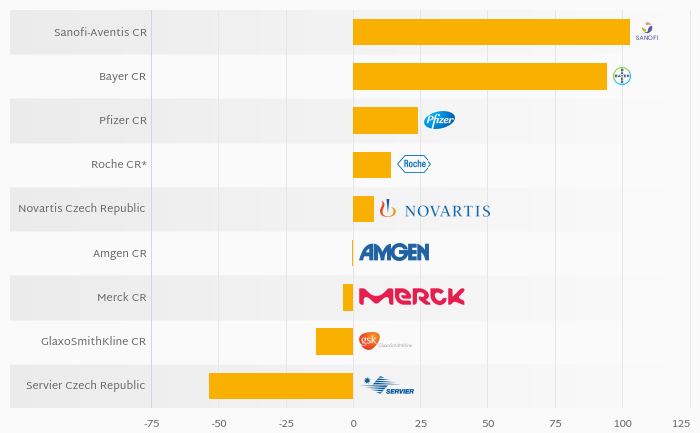 Who Was the Most Indebted Among Czech Pharmaceutical Companies in 2017? 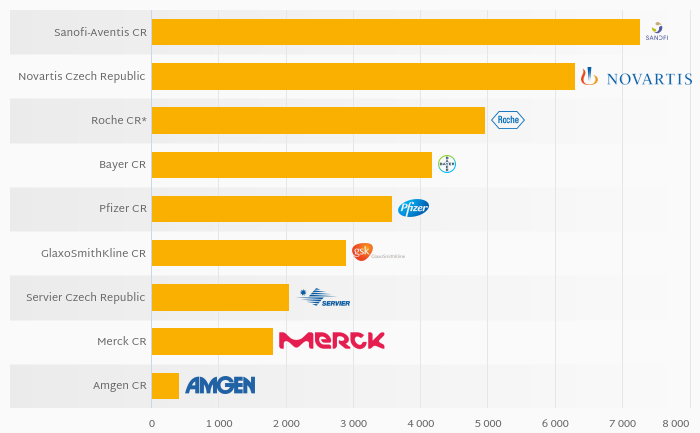 Who Was the Largest by Sales Among Czech Pharmaceutical Companies in 2017? 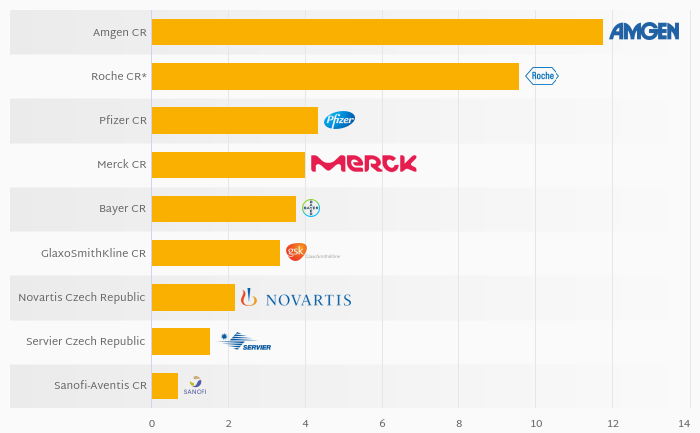 Who Operated with the Highest Margins Among Czech Pharmaceutical Companies in 2017? 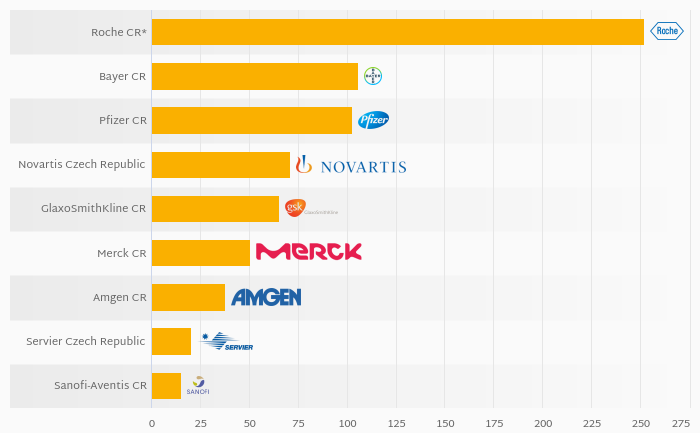 Who Was the Most Profitable Among Czech Pharmaceutical Companies in 2017? 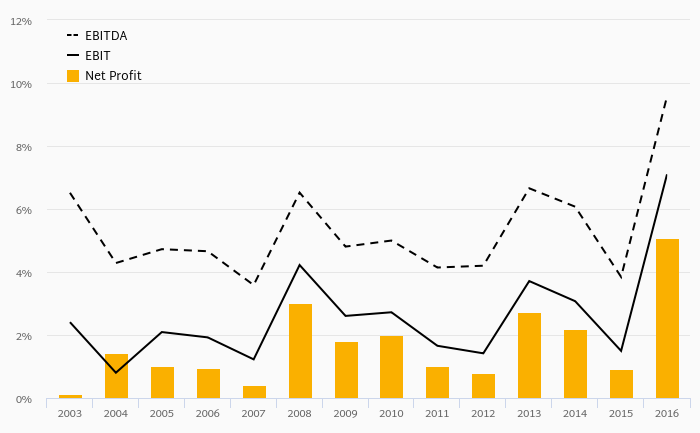 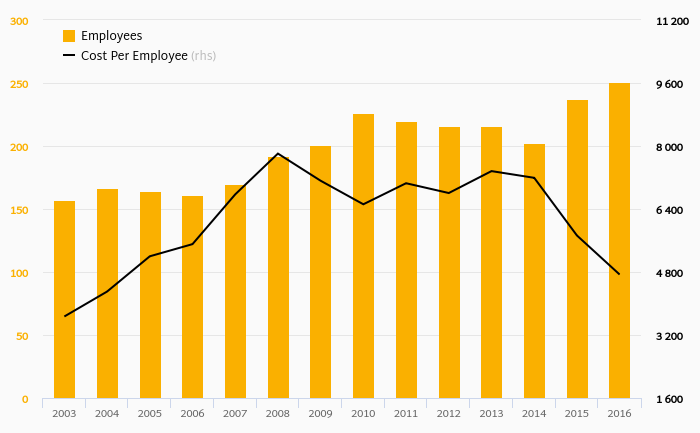 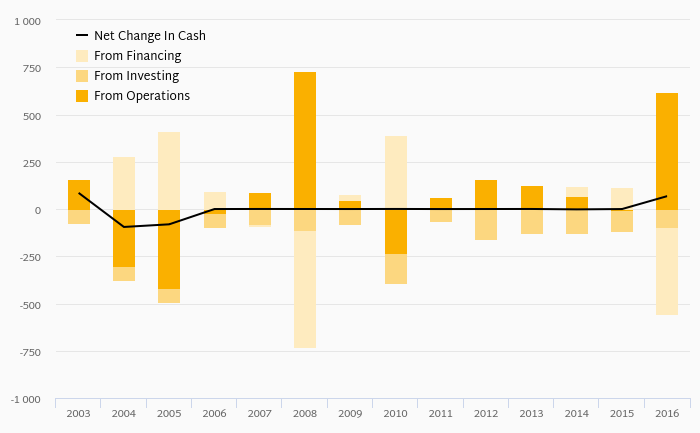 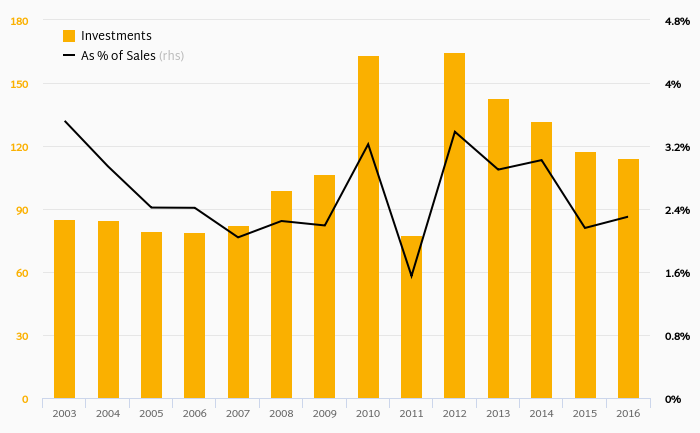 How Much Does Roche Czech Republic Invests? 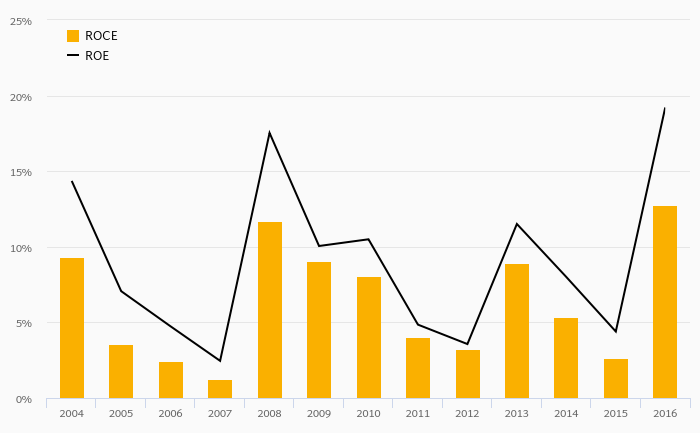 Roche, s.r.o. is a Czech Republic-based subsidiary of the Swiss global health-care company F. Hoffmann-La Roche Ltd (or Roche Holding AG as it is listed on the SIX Swiss Exchange). Roche operates worldwide under two divisions: Pharmaceuticals and Diagnostics. The Company headquarters are located in Basel and the Company has some 26 manufacturing sites worldwide. Roche's revenues during fiscal year 2013 were CHF 46.8 bil and the Company was the fifth-largest pharma company worldwide. Descendants of the founding Hoffmann and Oeri families own slightly over half of the bearer shares with voting rights (a pool of family shareholders 45%, and Maja Oeri a further 5% apart), with Swiss pharma firm Novartis owning a further third of its shares.

Roche Czech Republic has been growing its sales by a year on average in the last 5 years. EBITDA has grown on average by 18% a year during that time to total of CZK 475 mil in 2016, or 9.57% of sales. That’s compared to 6.07% average margin seen in last five years.