AAA Auto at a Glance 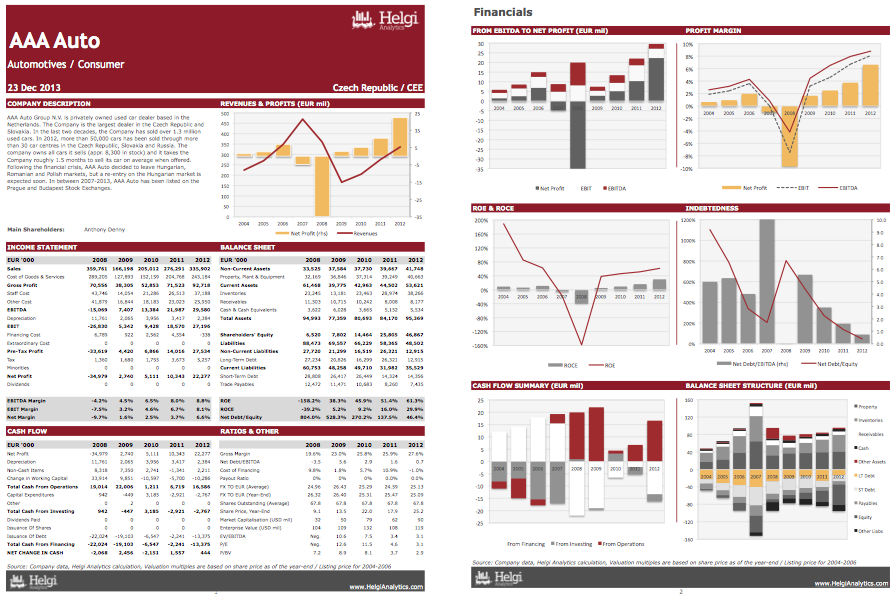 AAA Auto Group N.V. is privately owned used car dealer based in the Netherlands. The Company is the largest dealer in the Czech Republic and Slovakia. In the last two decades, the Company has sold over 1.3 million used cars. In 2012, more than 50,000 cars has been sold through more than 30 car centres in the Czech Republic, Slovakia and Russia. The company owns all cars it sells (appr. 8,300 in stock) and it takes the Company roughly 1.5 months to sell its car on average when offered. Following the financial crisis, AAA Auto decided to leave Hungarian, Romanian and Polish markets, but a re-entry on the Hungarian market is expected soon. In between 2007-2013, AAA Auto has been listed on the Prague and Budapest Stock Exchanges.