Analysis of Mortgage Lending in 1Q13 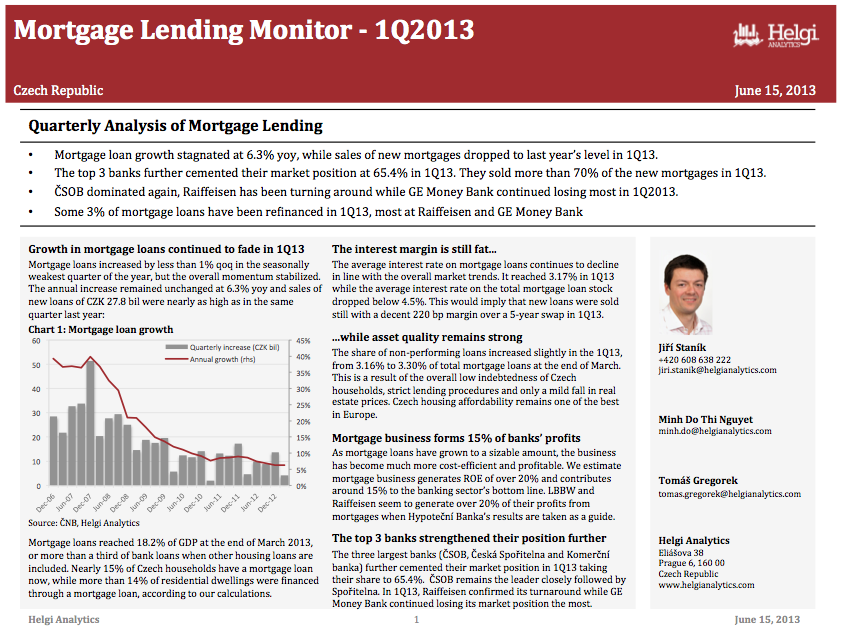 This report analyses the housing lending in the Czech Republic for the 1Q2013. You will find all the necessary details regarding volume growth (for both, the mortgage as well as Building Society lending), market share, margin and asset quality development in the mortgage segment. Also, based on the example of Hypotecni Banka, we calculate profitability of the mortgage business for each bank.

This report provides a summary of the development in the 1Q2013. The key highlights are: