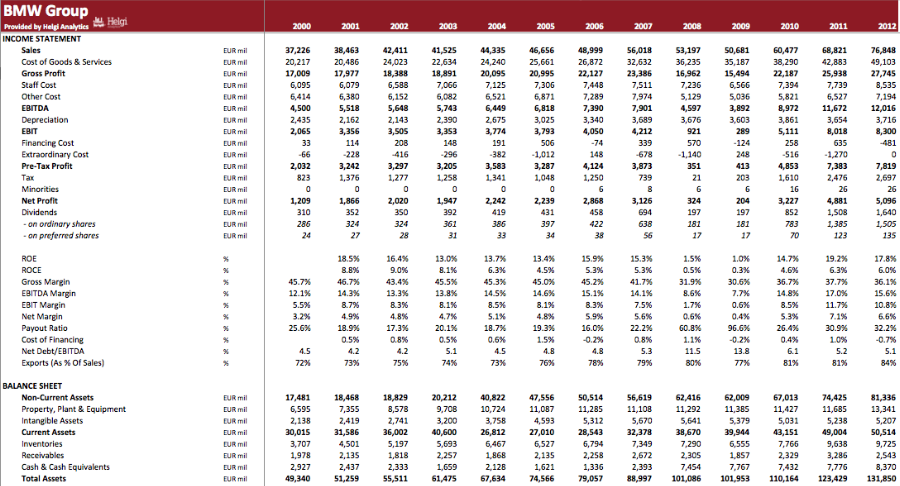 Bayerische Motoren Werke (BMW) is a German automobile, motorcycle and engine manufacturing company founded in 1917. BMW is headquartered in Munich, Bavaria, Germany. It also owns and produces the Mini marque, and is the parent company of Rolls-Royce Motor Cars. BMW produces motorcycles under the BMW Motorrad and Husqvarna brands. In 2010, the BMW group produced 1.5 mil automobiles and 112,271 motorcycles across all its brands. BMW was established as a business entity following a restructuring of the Rapp Motorenwerke aircraft manufacturing firm in 1917. The first car which BMW successfully produced and the car which launched BMW on the road to automobile production was the Dixi; it was based on the Austin 7. The circular blue and white BMW logo or roundel evolved from the circular logo of the Rapp Motorenwerke company, combined with the blue and white colours of the flag of Bavaria.

In addition, the excel file provides a summary concerning BMW Group's production and sales on its key markets and a brief valuation of company's shares.