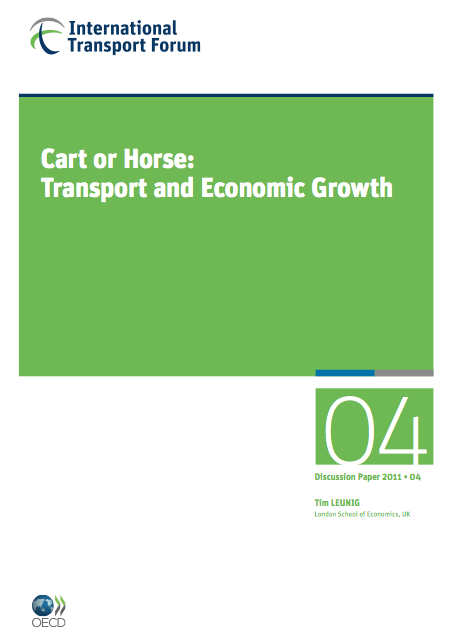 Language: English
Provider: OECD
Pages: 31
This paper argues that transport is more cart than horse, in that transport improvements are not the most important driver of economic growth for most countries. Nevertheless there are circumstances in which transport is particularly important. Big transport breakthroughs – such as replacing walking with railways, or creating a highways network for the first time – do have big effects, but these are unlikely to be seen again in developed economies. Instead transport in developed economies is best seen as having a supporting role. If it is neglected, it can constrain growth, as congestion and unreliable transport systems can exact a heavy price. But as long as the transport system is "good enough", the returns to greater transport investment will be relatively limited.
Transport | World | April 05, 2011
Download
Excel Sheet, 31 pages