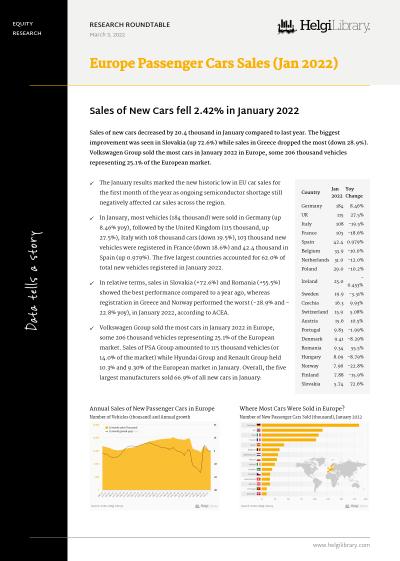 Sales of new cars decreased by 20.4 thousand in January compared to last year. . The smallest decline was seen in Slovakia (72.6%) while sales in Greece dropped the most (-28.9%). Volkswagen Group sold the most cars in January 2022 in Europe, some 206 thousand vehicles representing 25.1% of the European market.

The January results marked the new historic low in EU car sales for the first month of the year as ongoing semiconductor shortage still negatively affected car sales across the region.