Ford Motor Company at a Glance 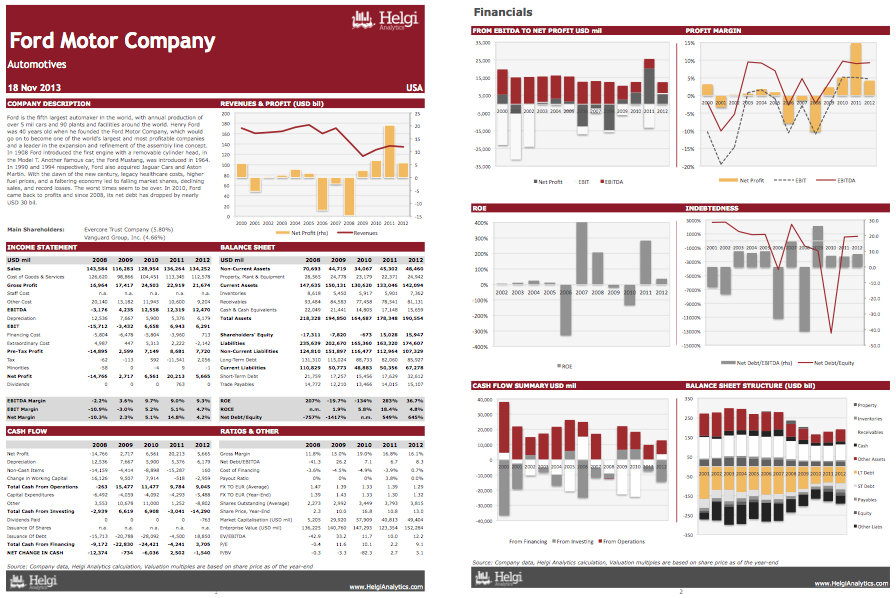 Ford is the fifth largest automaker in the world, with annual production of over 5 mil cars and 90 plants and facilities around the world. Henry Ford was 40 years old when he founded the Ford Motor Company, which would go on to become one of the world's largest and most profitable companies and a leader in the expansion and refinement of the assembly line concept. In 1908 Ford introduced the first engine with a removable cylinder head, in the Model T. Another famous car, the Ford Mustang, was introduced in 1964. In 1990 and 1994 respectively, Ford also acquired Jaguar Cars and Aston Martin. With the dawn of the new century, legacy healthcare costs, higher fuel prices, and a faltering economy led to falling market shares, declining sales, and record losses. The worst times seem to be over. In 2010, Ford came back to profits and since 2008, its net debt has dropped by nearly USD 30 bil.

In addition, the report provides information concerning Ford's position on its key markets