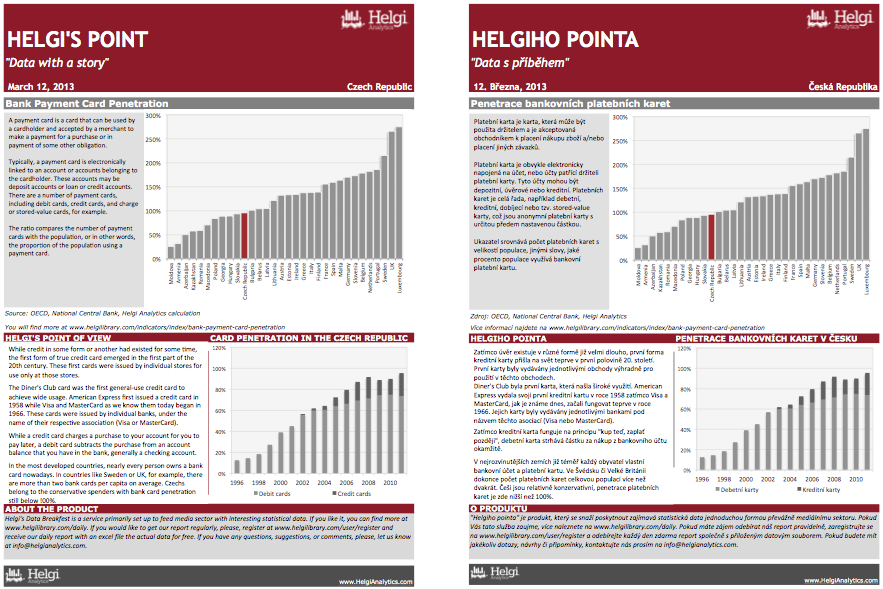 While credit in some form or another had existed for some time, the first form of true credit card emerged in the first part of the 20th century. These first cards were issued by individual stores for use only at those stores. The Diner's Club card was the first general-use credit card to achieve wide usage. American Express first issued a credit card in 1958 while Visa and MasterCard as we know them today began in 1966. These cards were issued by individual banks, under the name of their respective association (Visa or MasterCard). While a credit card charges a purchase to your account for you to pay later, a debit card subtracts the purchase from an account balance that you have in the bank, generally a checking account. In the most developed countries, nearly every person owns a bank card nowadays. In countries like Sweden or UK, for example, there are more than two bank cards per capita on average. Czechs belong to the conservative spenders with bank card penetration still below !00%.
Banking | Czech Republic | March 11, 2013
Download
Excel Sheet, 1 pages