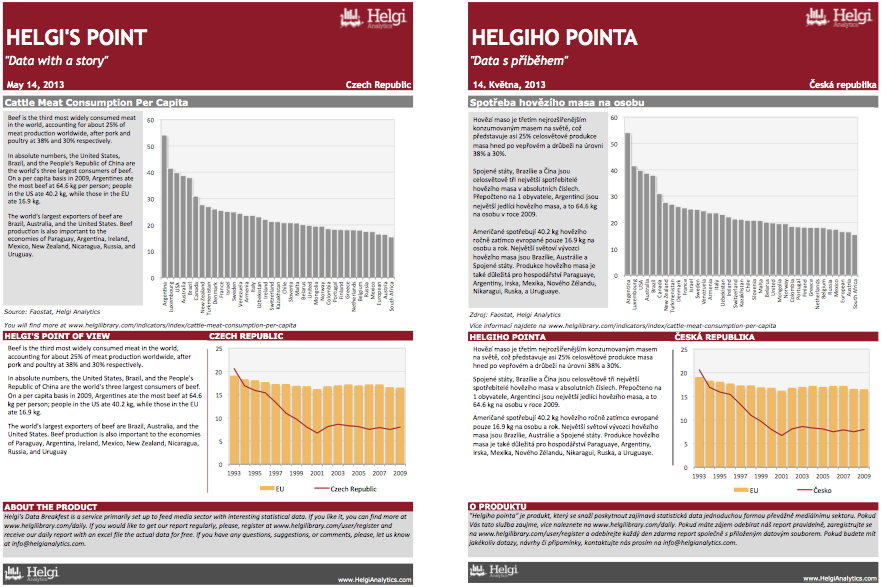 Beef is the third most widely consumed meat in the world, accounting for about 25% of meat production worldwide, after pork and poultry at 38% and 30% respectively.

In absolute numbers, the United States, Brazil, and the People's Republic of China are the world's three largest consumers of beef. On a per capita basis in 2009, Argentines ate the most beef at 64.6 kg per person; people in the US ate 40.2 kg, while those in the EU ate 16.9 kg.

The world's largest exporters of beef are Brazil, Australia, and the United States. Beef production is also important to the economies of Paraguay, Argentina, Ireland, Mexico, New Zealand, Nicaragua, Russia, and Uruguay.