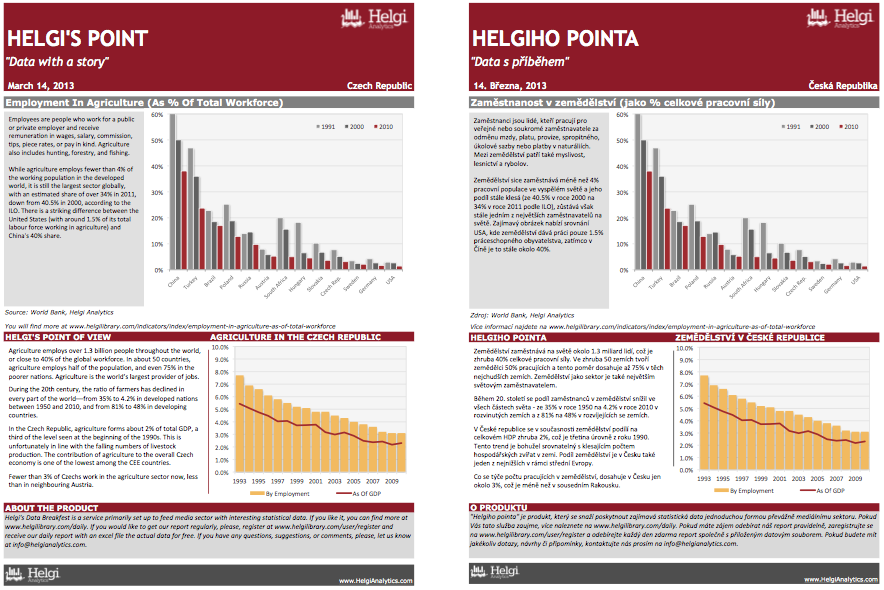 Agriculture employs over 1.3 billion people throughout the world, or close to 40% of the global workforce. In about 50 countries, agriculture employs half of the population, and even 75% in the poorer nations. Agriculture is the world’s largest provider of jobs. During the 20th century, the ratio of farmers has declined in every part of the world –from 35% to 4.2% in developed nations between 1950 and 2010, and from 81% to 48% in developing countries. In the Czech Republic, agriculture forms about 2% of total GDP, a third of the level seen at the beginning of the 1990s. This is unfortunately in line with the falling numbers of livestock production. The contribution of agriculture to the overall Czech economy is one of the lowest among the CEE countries. Fewer than 3% of Czechs work in the agriculture sector now, less than in neighbouring Austria.
Agriculture | Czech Republic | March 13, 2013
Download
Excel Sheet, 1 pages