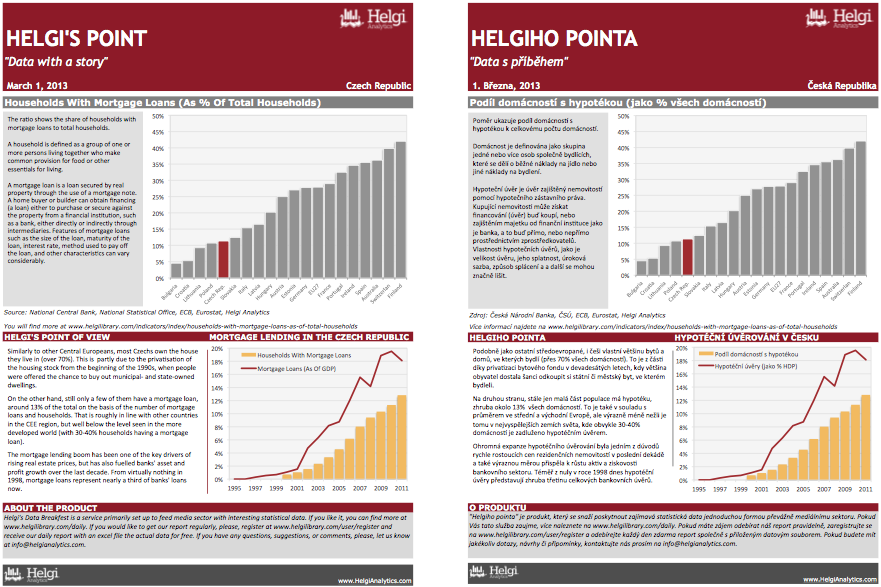 Language: Czech / English
Provider: 2013
Pages: 1
Similarly to other Central Europeans, most Czechs own the house they live in (over 70%). This is partly due to the privatisation of the housing stock from the beginning of the 1990s, when people were offered the chance to buy out municipal- and state-owned dwellings. On the other hand, still only a few of them have a mortgage loan, around 13% of the total on the basis of the number of mortgage loans and households. That is roughly in line with other countries in the CEE region, but well below the level seen in the more developed world (with 30-40% households having a mortgage loan). The mortgage lending boom has been one of the key drivers of rising real estate prices, but has also fuelled banks' asset and profit growth over the last decade. From virtually nothing in 1998, mortgage loans represent nearly a third of banks' loans now.
Banking | Czech Republic | February 28, 2013
Download
Excel Sheet, 1 pages