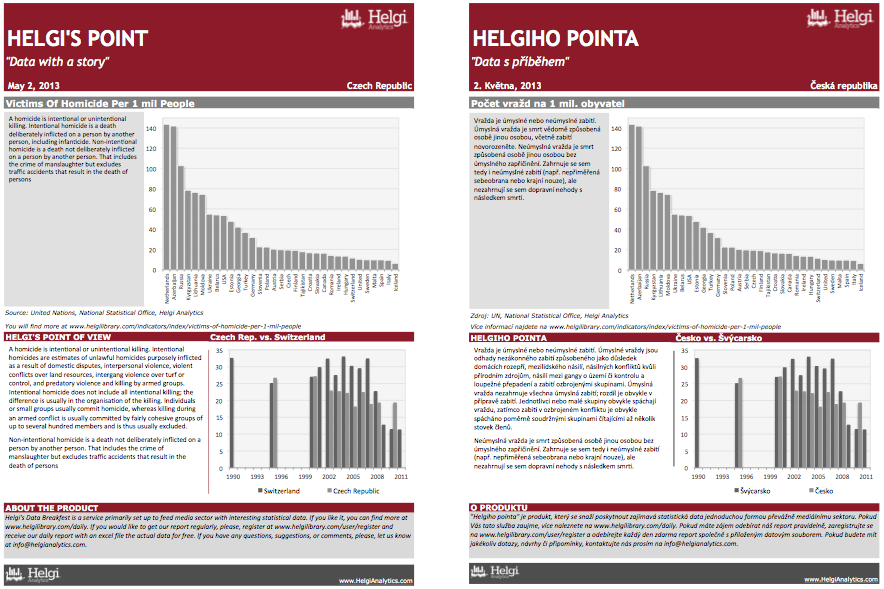 A homicide is intentional or unintentional killing. Intentional homicides are estimates of unlawful homicides purposely inflicted as a result of domestic disputes, interpersonal violence, violent conflicts over land resources, intergang violence over turf or control, and predatory violence and killing by armed groups. Intentional homicide does not include all intentional killing; the difference is usually in the organisation of the killing. Individuals or small groups usually commit homicide, whereas killing during an armed conflict is usually committed by fairly cohesive groups of up to several hundred members and is thus usually excluded.

Non-intentional homicide is a death not deliberately inflicted on a person by another person. That includes the crime of manslaughter but excludes traffic accidents that result in the death of persons