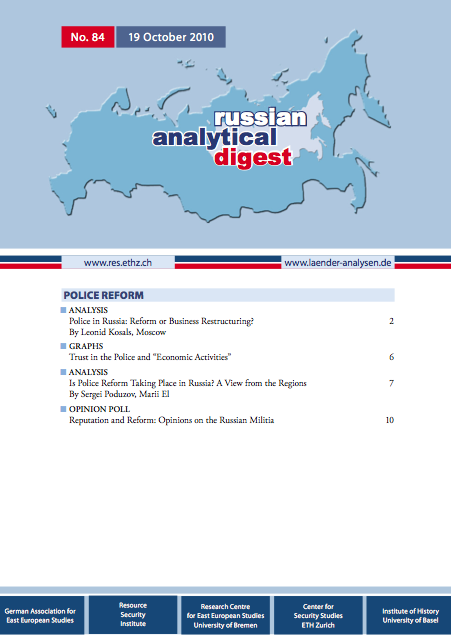 Language: English
Provider: Russian Analytical Digest
Pages: 14
This issue of the Russian Analytical Digest discusses police reform in Russia. First, Leonid Kosals argues that the Russian leadership has sought to gain more extensive control over the police rather than aiming to provide better security for the general population. Second, Sergei Poduzov assess President Dmitry Medvedev's concept of police reform in Russia which largely calls on the police to design and implement the reform themselves. It is argued that police reform can only take place if the president displays political will at the top and civil society exerts pressure from below.
Society | Russia | October 09, 2010
Download
Excel Sheet, 14 pages