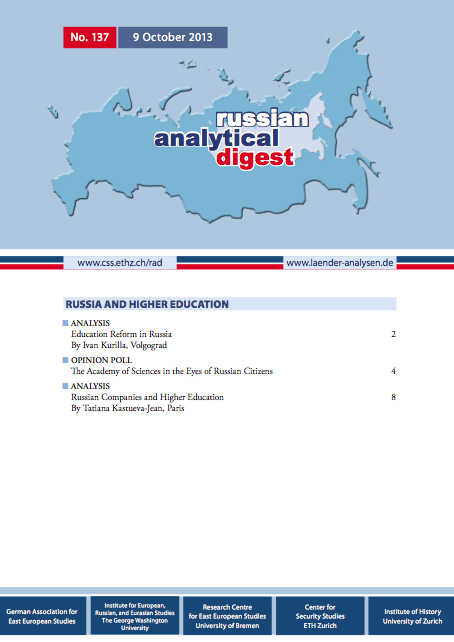 This edition considers recent developments and trends in higher education in Russia. In the first article, Ivan Kurilla argues that the introduction of a program of reforms over last decade has added bureaucracy, reduced state funding, and threatens to dramatically cut the number of professors. All in all, he argues that the reform program amounts to an assault on the Russian intelligentsia. In the second article, Tatiana Kastueva-Jean examines the relationship companies and higher education. She outlines that following the transition from Soviet to market economy, Russian companies became profoundly disinterested in cooperation with universities, but that this trend is reversing due to two factors: a lack of highly skilled personnel in the country and the higher education reforms initiated by the Government since the mid-2000s