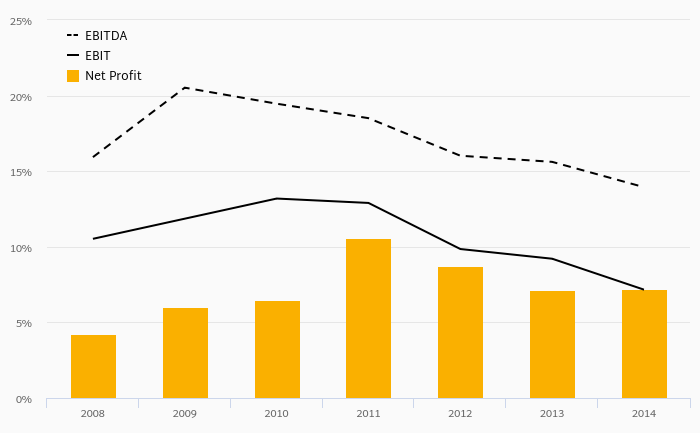 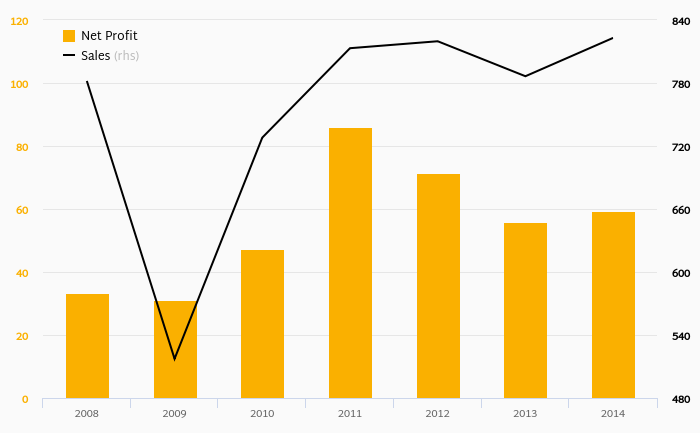 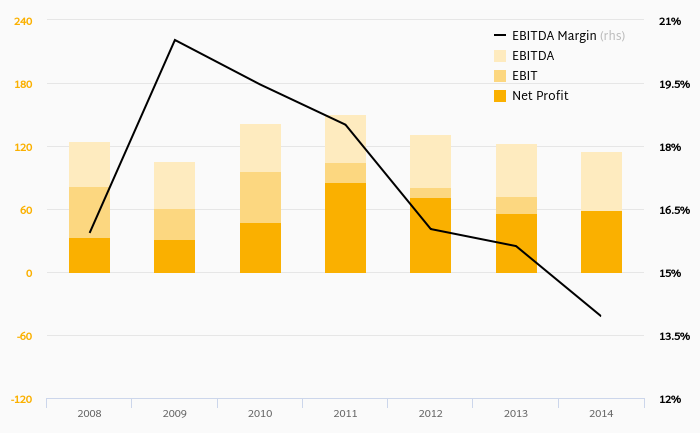 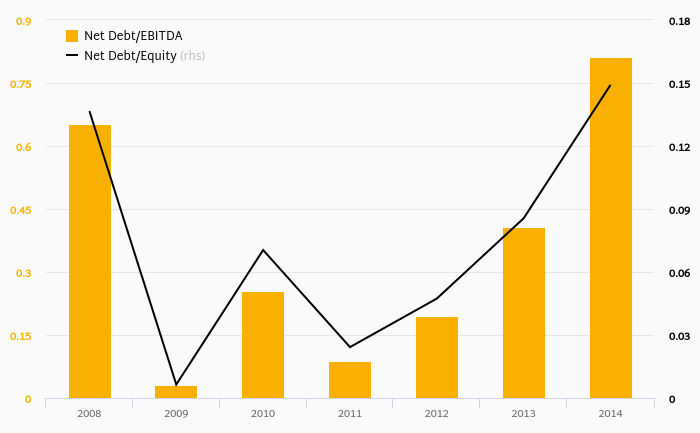 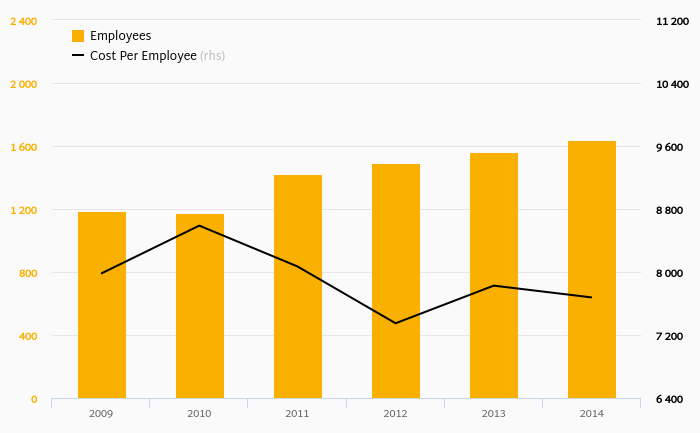 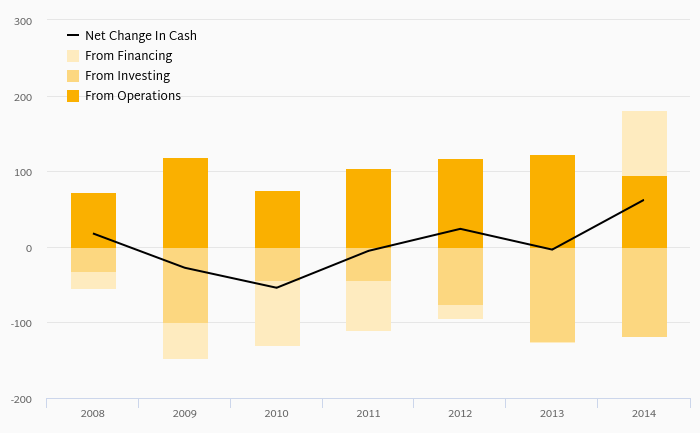 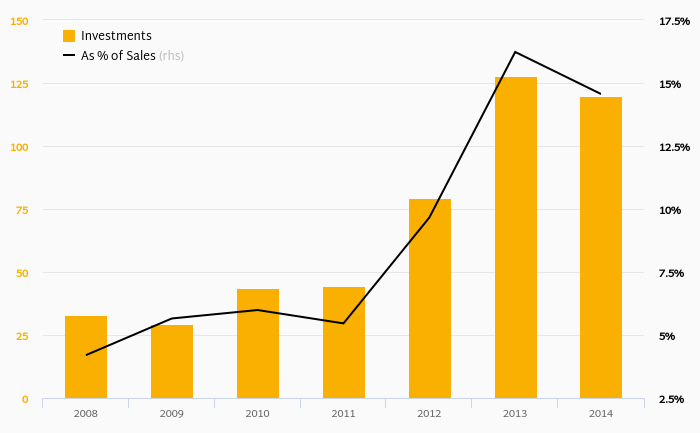 How Much Does AMAG Austria Metall Invests? 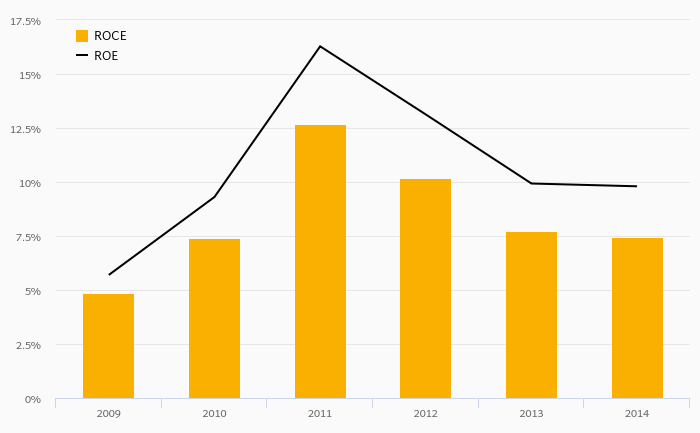 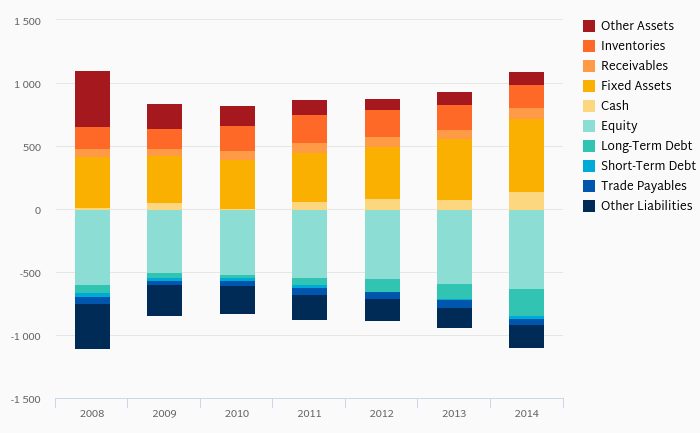 AMAG Austria Metall AG is an Austria-based manufacturer of semi-finished aluminum and aluminum products. AMAG's product portfolio ranges from primary aluminum through cast products to flat rolled products. The Group operates two production sites: the production of primary aluminum is performed through Aluminerie Alouette Inc (Alouette), located in Canada, and the production of cast and flat rolled products is performed in Austria. AMAG was privatised in 1996 in the form of a Management-Buyout. Since 2011,the Company has been listed on the Vienna Stock Exchange.

AMAG Austria Metall has been growing its sales by a year on average in the last 5 years. EBITDA has grown on average by 100% a year during that time to total of in 2015, or of sales. That’s compared to 16.0% average margin seen in last five years.

The company netted in 2015 implying ROE of and ROCE of . Again, the average figures were 12.3% and 9.51%, respectively when looking at the previous 5 years.

AMAG Austria Metall’s net debt amounted to at the end of 2015, or of equity. When compared to EBITDA, net debt was x, down when compared to average of 0.375x seen in the last 5 years.

AMAG Austria Metall stock traded at per share at the end of 2015 resulting in a market capitalization of . Over the previous five years, stock price grew by 0% or % a year on average. The closing price put stock at a 12-month trailing EV/EBITDA of x and price to earnings (PE) of x as of 2015.