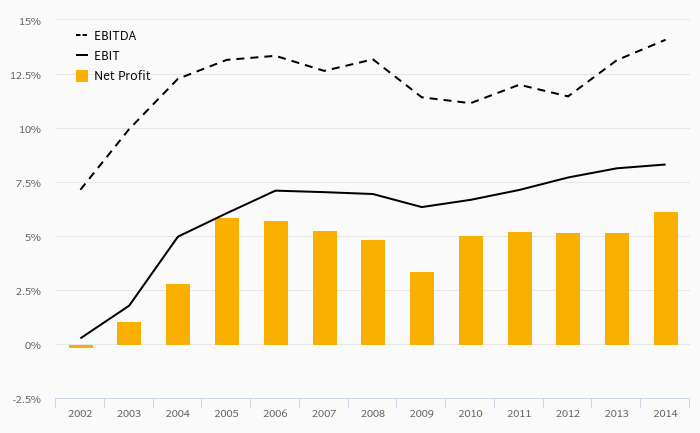 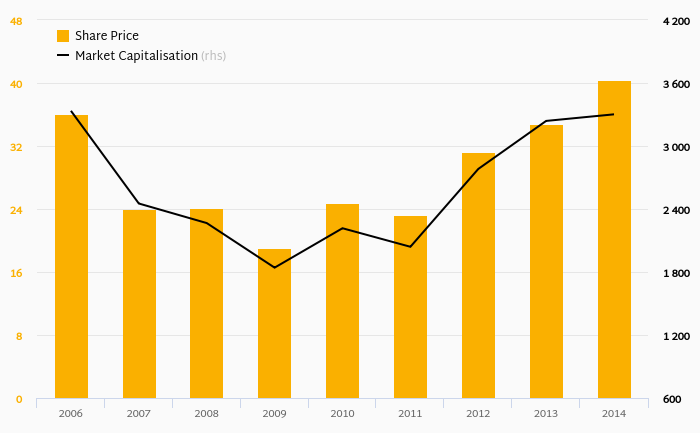 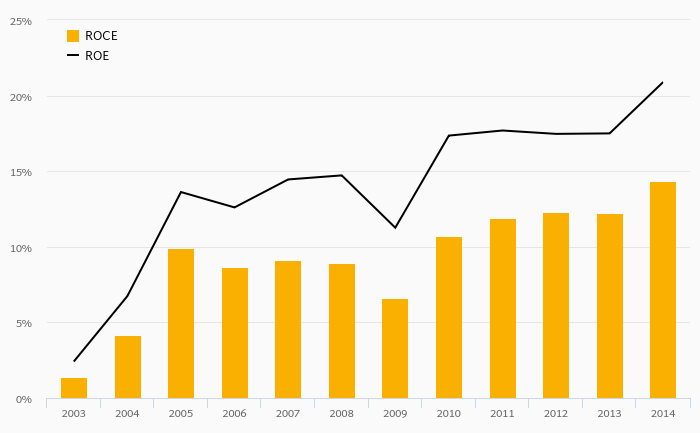 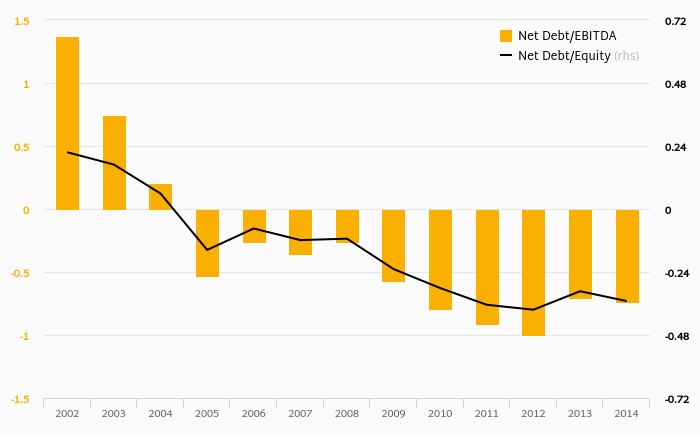 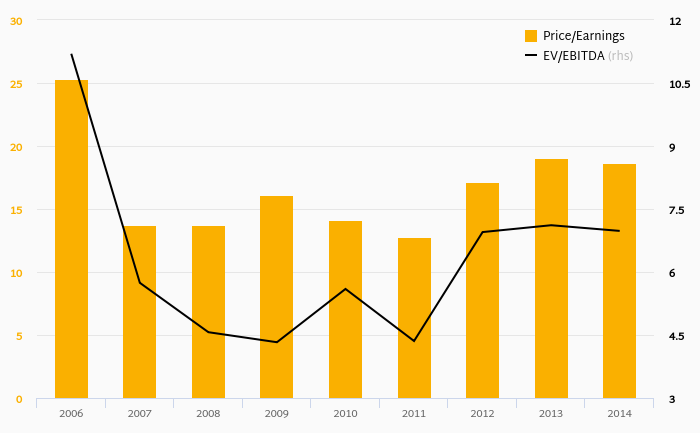 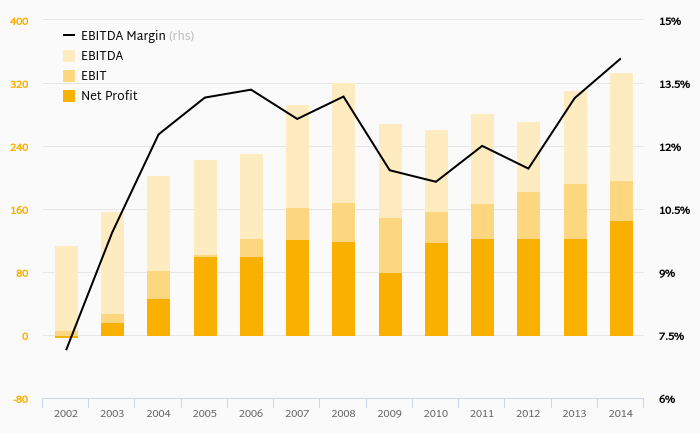 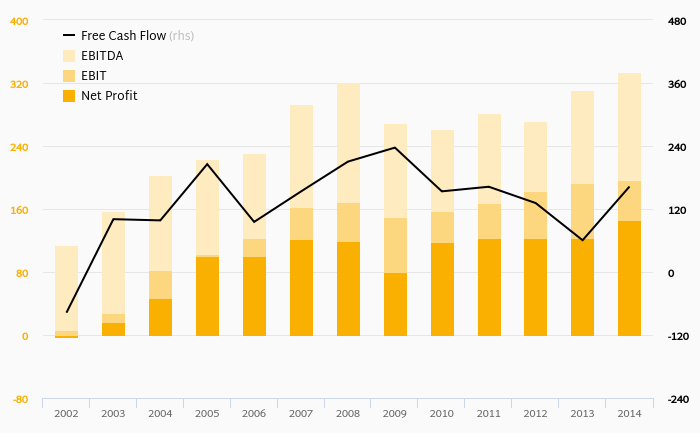 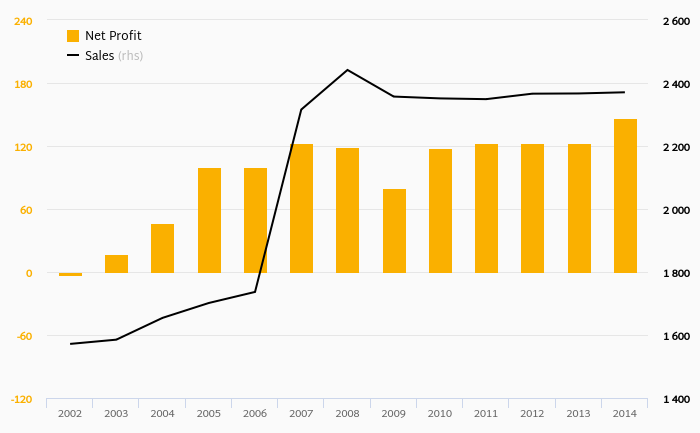 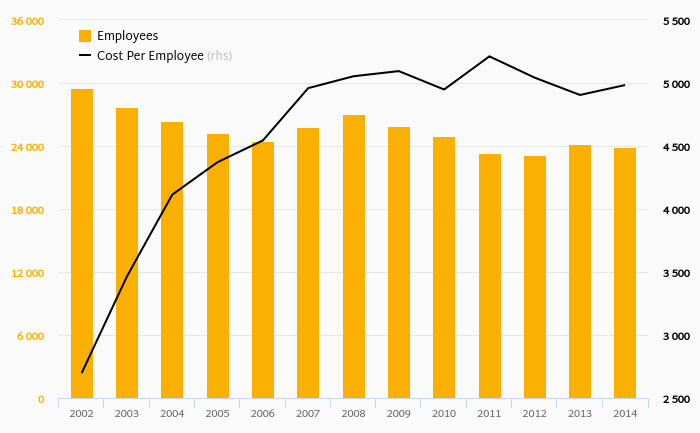 Austrian Post (Oesterreichische Post) is an Austria-based provider of mail shipping services. Its main business activities include the transport and delivery of letters, direct mail items, print media and parcels. The company was established in 1999 after its split-off from the mail corporate division of the former telecommunications Austrian concern Post und Telekom Austria. The company operates through three main business divisions - The Mail, The Parcel and Logistics and The Branch Network Division. Austrian Post Office runs nearly 1,900 postal service points and employes over 23,000 people.

Austrian Post has been growing its sales by a year on average in the last 5 years. EBITDA has grown on average by 100% a year during that time to total of in 2015, or of sales. That’s compared to 12.7% average margin seen in last five years.

The company netted in 2015 implying ROE of and ROCE of . Again, the average figures were 18.4% and 12.7%, respectively when looking at the previous 5 years.

Austrian Post’s net debt amounted to at the end of 2015, or of equity. When compared to EBITDA, net debt was x, up when compared to average of -0.838x seen in the last 5 years.

Austrian Post stock traded at per share at the end of 2015 resulting in a market capitalization of . Over the previous five years, stock price fell by 0% or -100% a year on average. The closing price put stock at a 12-month trailing EV/EBITDA of x and price to earnings (PE) of x as of 2015.