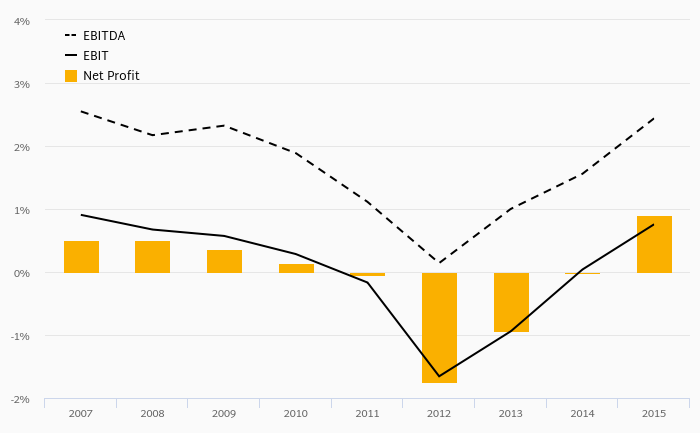 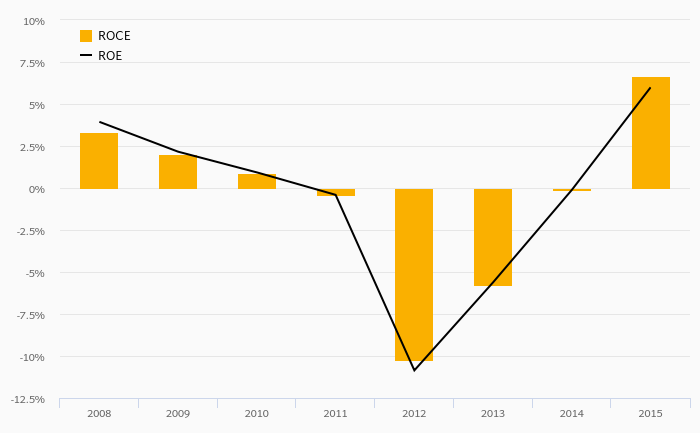 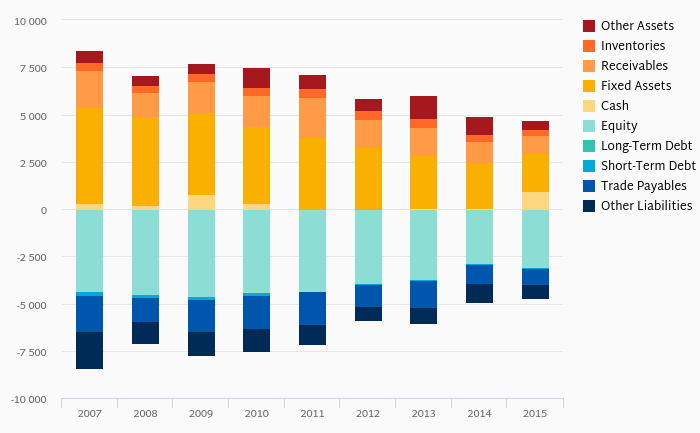 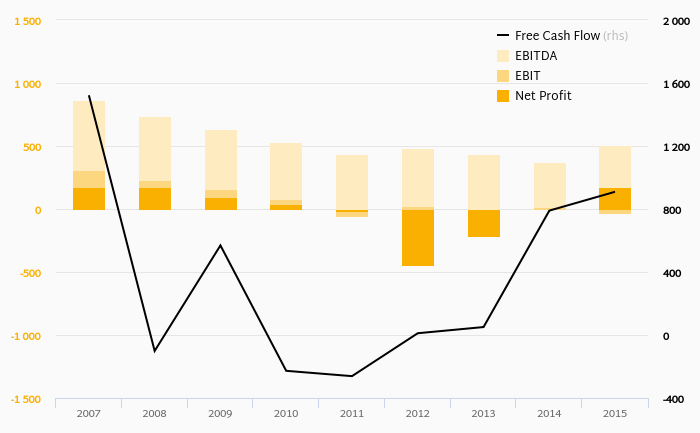 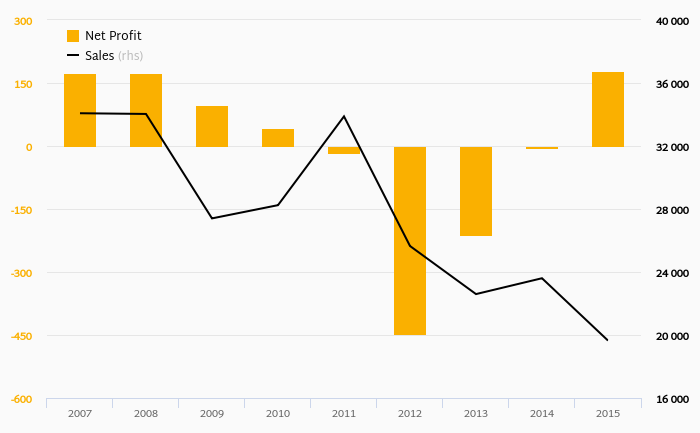 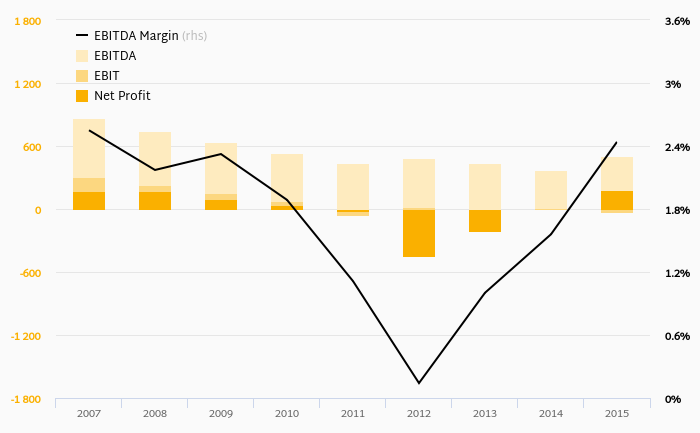 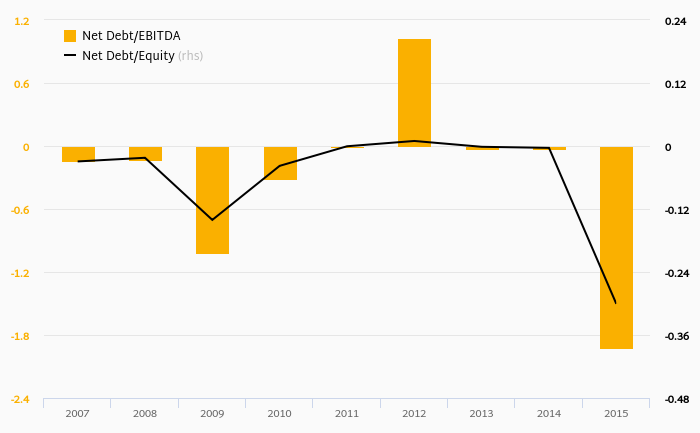 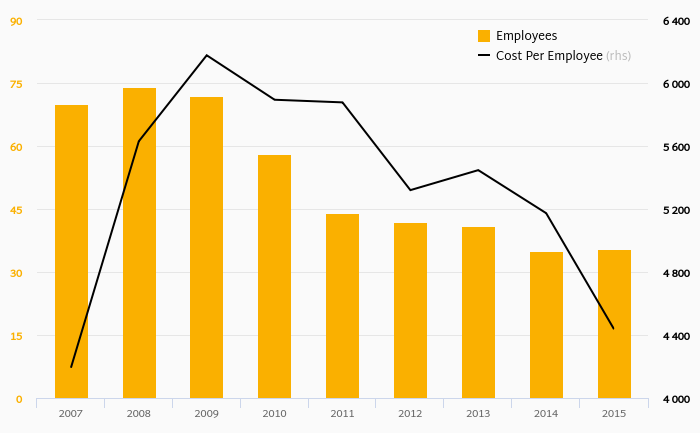 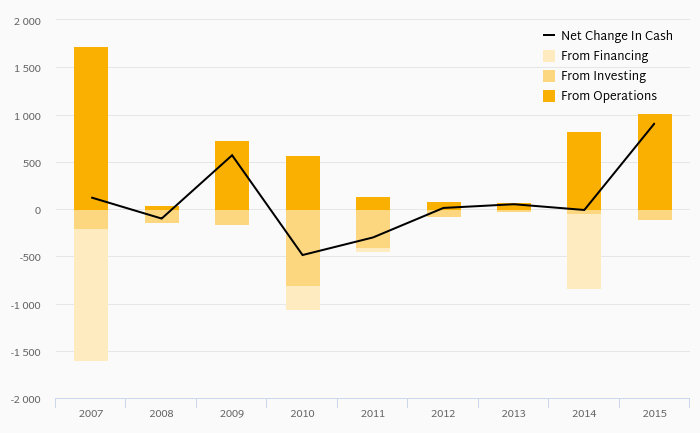 OMV Česká republika is a Czech Republic-based subsidiary of the Austrian oil and gas conglomerate OMV AG. The Austria's OMV originated in 1956 as a joint-stock company. At the end of 1987, 15% of OMV was privatized, making it the first public listing of a state-owned company in Austria. The Company operates in three business segments: i) Exploration and Production of oil and gas, ii) Gas and Power, which deals with the gas transit through and transport within Austria business and iii) Refining and Marketing, a division which operates the refineries Schwechat (Austria), Burghausen (Germany) and Petrobrazi (Romania), and holds a 45%-stake in Bayernoil refinery complex (Germany), which produces petroleum products.

OMV Czech Republic has been growing its sales by a year on average in the last 5 years. EBITDA has fallen on average by 2.1% a year during that time to total of CZK 479 mil in 2015, or 2.44% of sales. That’s compared to 1.25% average margin seen in last five years.