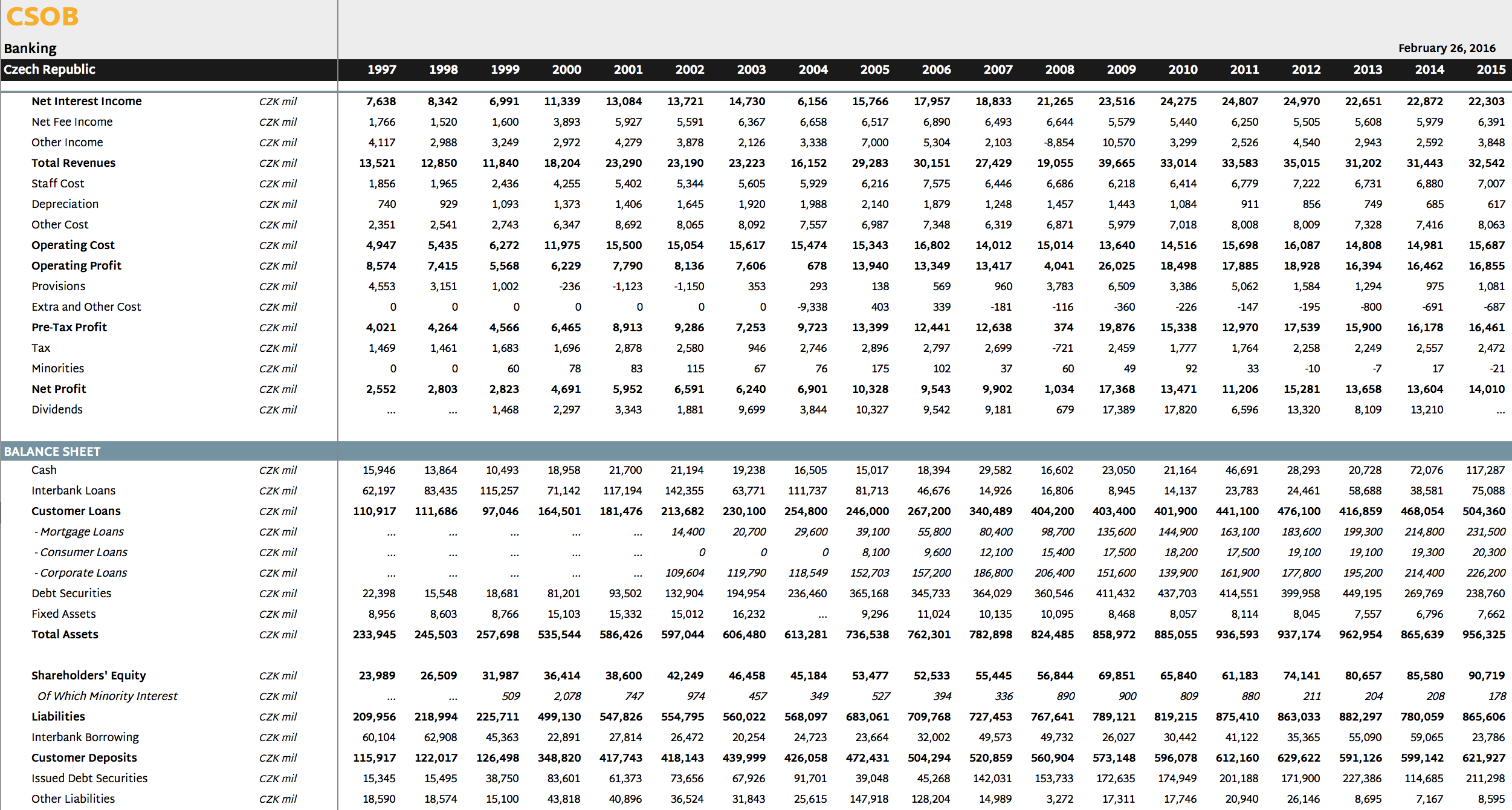 This Statistical Dossier offers a summary of CSOB's performance between 1997 and 2015, both on a quarterly as well as an annual basis. The report can be downloaded in Excel file format. You will find here all the key numbers from the bank's balance sheet, income statement and the main ratios related to the bank's business such as asset quality, capital ratios, number and cost of employees or a detailed breakdown of some of the Bank's businesses such as its loan portfolio.

Following its takeover in 2000 of IPB, then the fourth-largest bank, ČSOB became the largest Czech bank. It now holds a fifth of the market in assets, loans or deposits and serves more than 3 million retail clients through a network of 316 branches (or 3,200 outlets if the network of the Czech Post Office is included). The bank was privatized in 1999, when Belgium’s KBC became the majority owner (and sole owner in 2007). Since 2003, ČSOB's net profit has increased more than fourfold and the bank's ROE exceeded 17% on average in 2006-2015. The bank is well capitalized and funded and has been lending cautiously. The bank is particularly strong in the area of housing loans. Through its subsidiaries Hypoteční Banka and ČMSS, ČSOB now controls a quarter of mortgage and building society loans. We estimate that mortgage lending generate over 20% of ČSOB's profit now