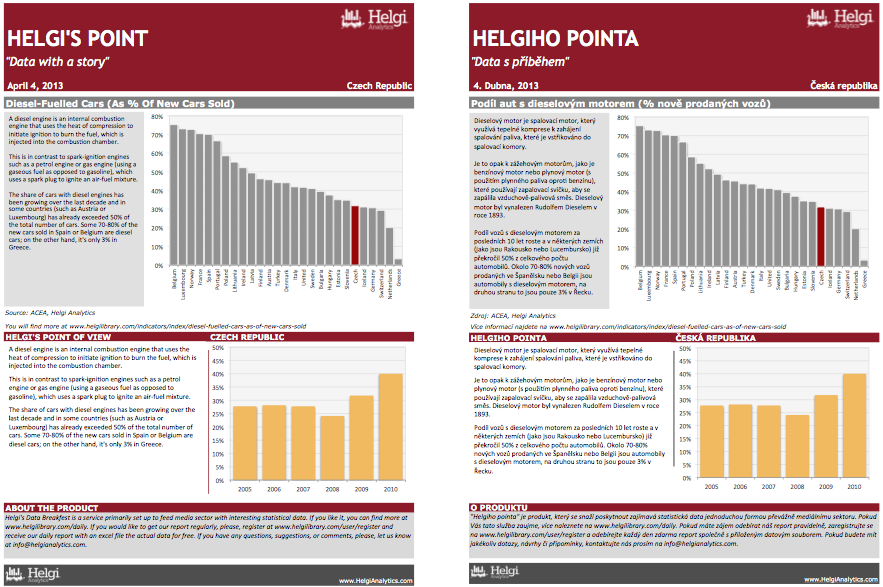 A diesel engine is an internal combustion engine that uses the heat of compression to initiate ignition to burn the fuel, which is injected into the combustion chamber. This is in contrast to spark-ignition engines such as a petrol engine or gas engine (using a gaseous fuel as opposed to gasoline), which uses a spark plug to ignite an air-fuel mixture. The share of cars with diesel engines has been growing over the last decade and in some countries (such as Austria or Luxembourg) has already exceeded 50% of the total number of cars. Some 70-80% of the new cars sold in Spain or Belgium are diesel cars; on the other hand, it's only 3% in Greece.
Automotive | Czech Republic | April 03, 2013
Download
Excel Sheet, 1 pages