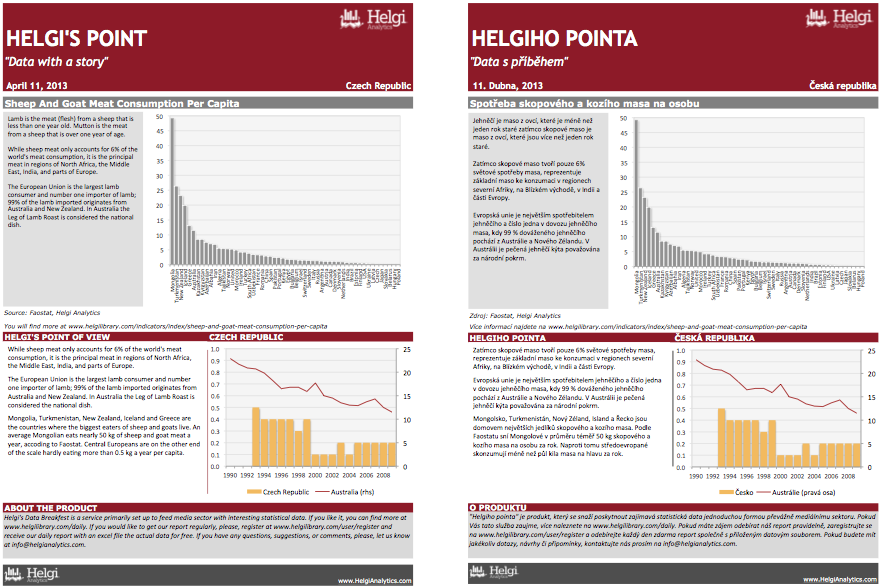 While sheep meat only accounts for 6% of the world's meat consumption, it is the principal meat in regions of North Africa, the Middle East, India, and parts of Europe.

Mongolia, Turkmenistan, New Zealand, Iceland and Greece are the countries where the biggest eaters of sheep and goats live. An average Mongolian eats nearly 50 kg of sheep and goat meat a year, accoding to Faostat. Central Europeans are on the other end of the scale hardly eating more than 0.5 kg a year per capita.