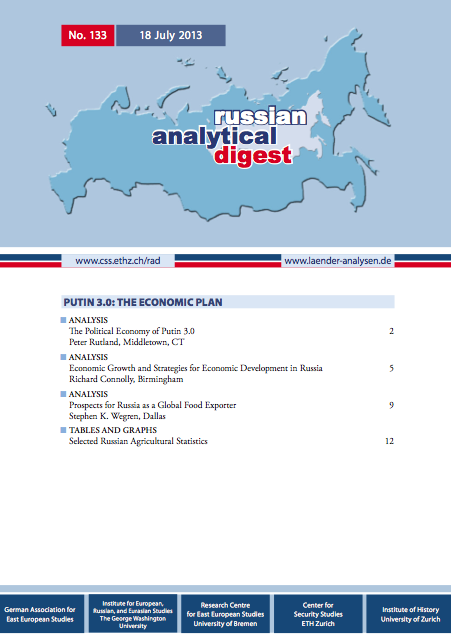 This issue of the RAD examines Putin's economic policies since coming to office for a third term in May 2012. Peter Rutland notes that despite Putin's numerous economic reform proposals, his real focus has been on strengthening the power vertical. Richard Connolly also points to the recent slow down in Russian economic growth, suggesting that domestic structural constraints have played a major role in this development, while prospects for a longer term strategic economic development remain uncertain. Stephen K. Wegren examines the agricultural sector and finds that Russia is likely to remain an exporter of grain and an importer of meat.