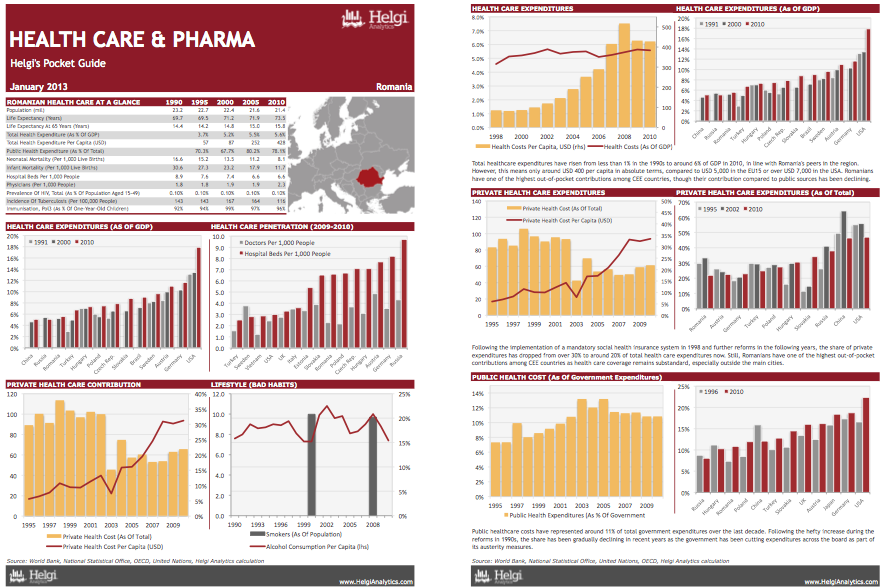 Language: English
Provider: Helgi Analytics
Pages: 7
The report describes the key trends in the Romanian healthcare system. Most of the key statistics are presented in comparison with other CEE countries and more developed economies. You should get a basic idea of how much Romanians spend on healthcare in total, per inhabitant, compared to GDP, or when compared to other countries. In addition, you will see how much of the healthcare expenditures are paid by the people themselves and how much comes from public sources. Secondly, we provide a basic idea about the Romanian healthcare infrastructure measured by the number of hospital beds or hospital staff, all compared to the size of the population and other countries. In addition, you should find details describing the quality of the healthcare service, such as neonatal or infant mortality, immunisation against diseases, or the incidence of various diseases, such as tuberculosis.
Health Care | Romania | January 28, 2013
$49.00