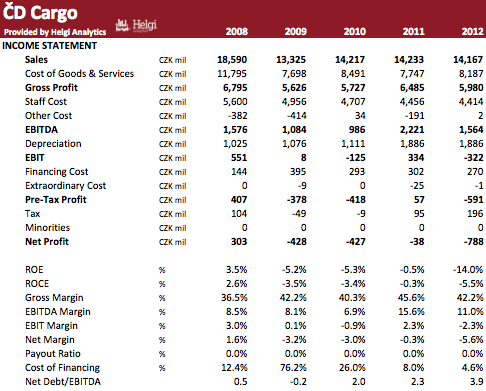 Severočeské doly (SED) is a Czech Republic-based brown coal mining company. The Company is engaged in mining, processing and selling brown coal (lignite) and its by-products. It operates in the north-western part of the Northern Bohemian Brown Coal Basin, to the east of the town of Most. The company operates two separate mines, namely, the Nástup Tušimice mine and the Bílina mine. In 2012, Severočeské doly produced a total of 22.8 mil metric tonnes of brown coal, which is nearly a half of the Czech Republic's brown coal production. Since 2006, the Company is a wholly-owned subsidiary of the state-owned ČEZ Group. ČEZ is also the largest customer of the Company taking around 70% of Severočeské doly's annual coal production.