Home » Reports » Economic Policies and Labour Strategies Beyond The Mainstream

Economic Policies and Labour Strategies Beyond The Mainstream 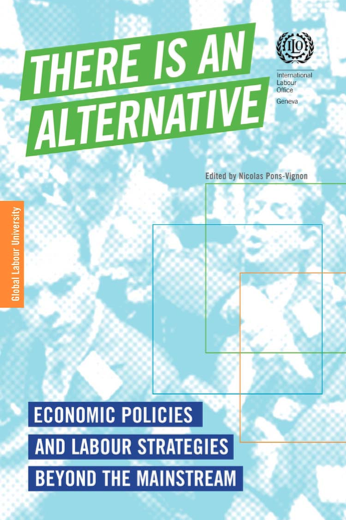 Since the start of the global economic crisis, economists and trade unionists have sought to engage in dialogue with government and business, hoping to arrive at the adoption of balanced policies that would deliver an equitable and sustainable recovery. But some years on, countries have failed to break with the economic regime that caused the crisis, and in many, austerity programmes are being adopted and social and labour rights are under attack. Achieving a meaningful reduction in inequality and the power of finance requires both the formulation of convincing policy alternatives and the determination to see them realized. The short articles here, from the Global Labour Column, show that one-dimensional thinking has been a major reason for the severity of the crisis. The contributions give an insightful overview of current labour struggles around the world as well as the institutional measures that have proven successful. The programme the authors propose is ambitious, as it implies reversing deep trends such as the exclusion of many workers from wage negotiations, growing casualization and increasing wage inequality, but such ambition is necessary if there is to be an alternative Copyright © International Labour Organization
Economy | Brazil | June 18, 2011
Download
Excel Sheet, 133 pages