Wienerberger AG at a Glance 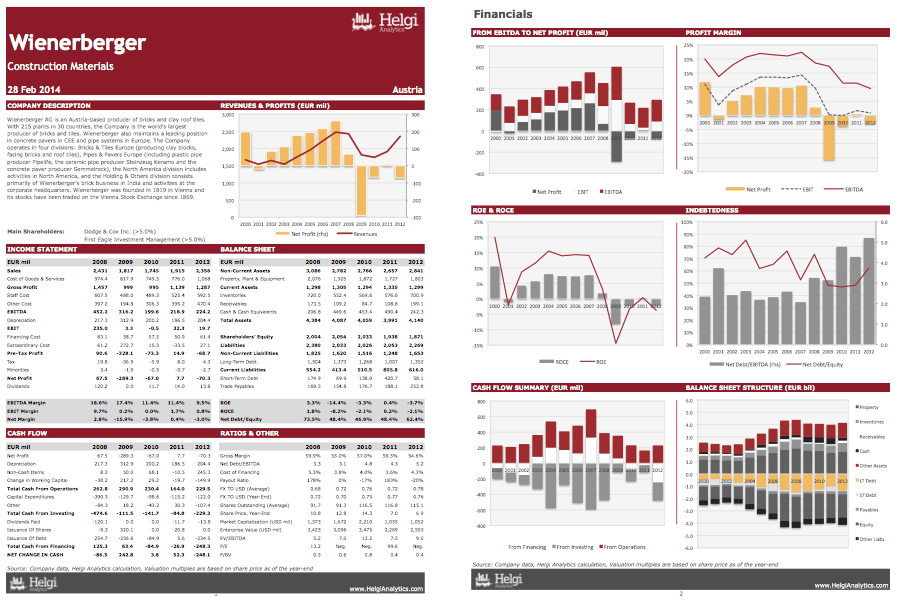 Wienerberger AG is an Austria-based producer of bricks and clay roof tiles. With 215 plants in 30 countries, the Company is the world's largest producer of bricks and tiles. Wienerberger also maintains a leading position in concrete pavers in CEE and pipe systems in Europe. The Company operates in four divisions: Bricks & Tiles Europe (producing clay blocks, facing bricks and roof tiles), Pipes & Pavers Europe (including plastic pipe producer Pipelife, the ceramic pipe producer Steinzeug Keramo and the concrete paver producer Semmelrock), the North America division includes activities in North America, and the Holding & Others division consists primarily of Wienerberger's brick business in India and activities at the corporate headquarters. Wienerberger was founded in 1819 in Vienna and its stocks have been traded on the Vienna Stock Exchange since 1869.

This report offers a summary of the company's performance in 1999-2012. You will find here all the key numbers from the company's balance sheet, income statement and cash flow on the annual, in the local currency as well as in USD