Home » Charts » What Banks in Croatia Paid its Staff the Most in 2017?

What Banks in Croatia Paid its Staff the Most in 2017?

Top Banks by Cost Per Employee (HRK per month) 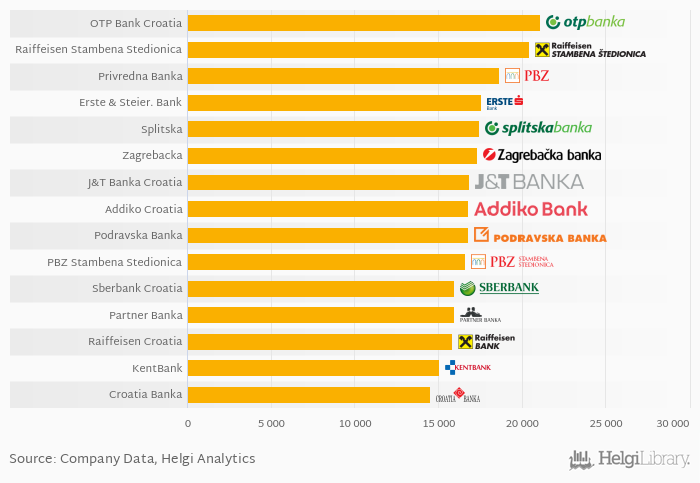 Based on a comparison of 23 banks in Croatia in 2017, OTP Bank Croatia was paying its employees the best, followed by Raiffeisen Stambena Stedionica and Privredna Banka Zagreb.

Staff accounted for 52.7% of total operating expenditures in 2017.

Comparing OTP Bank Croatia with its closest peers, Raiffeisen Stambena Stedionica had 43.0 employees with average cost of HRK 20,446 per month per person, Privredna Banka Zagreb operated with 4,922 people (and HRK 18,658 per month per employee) and Erste & Steiermarkische Bank had 3,170 employees in 2017 with cost of HRK 17,561 per month per head.

The average staff cost per employee reached HRK 15,871 per month in the Croatian banking sector in 2017.

You can see all the banks cost per employee data on the Cost Per Employee indicator page or you can download a report on the Croatian banks in the report section. 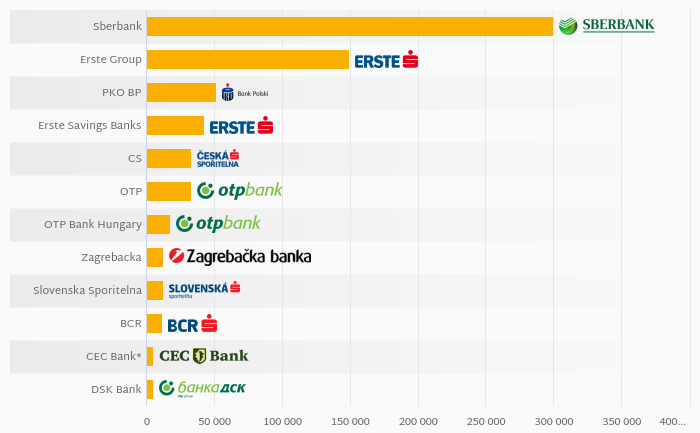 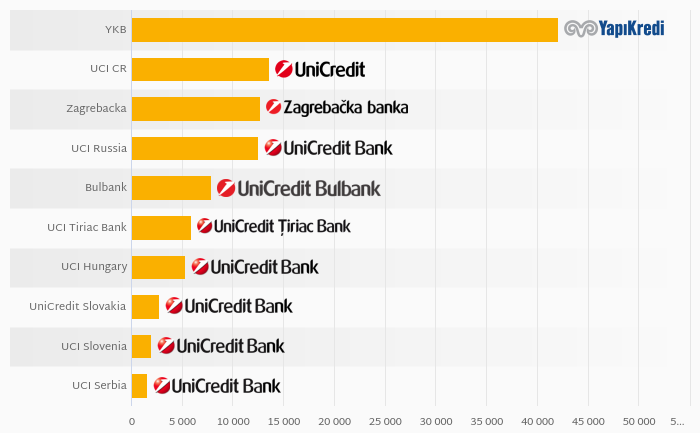 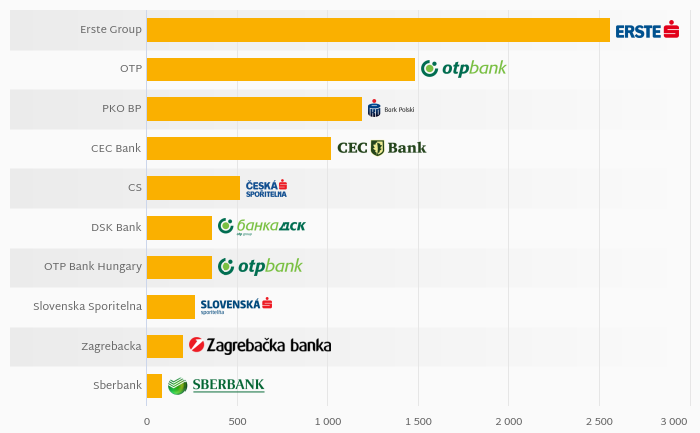