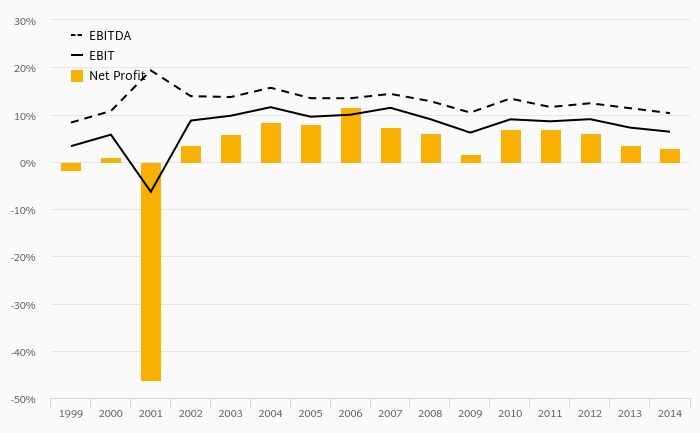 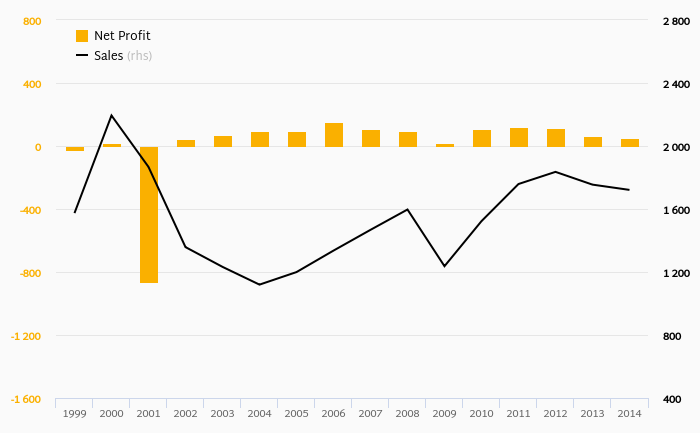 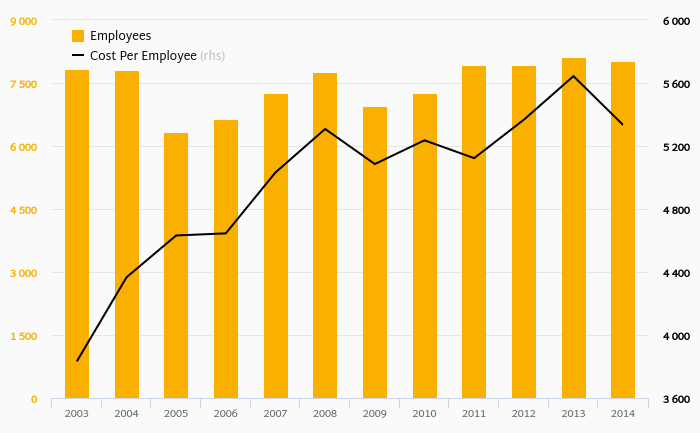 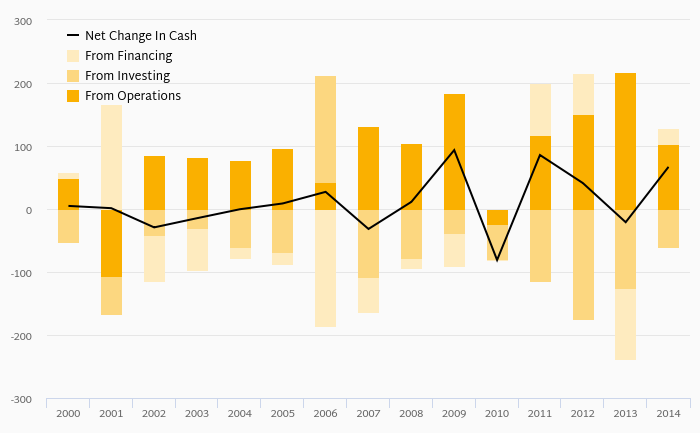 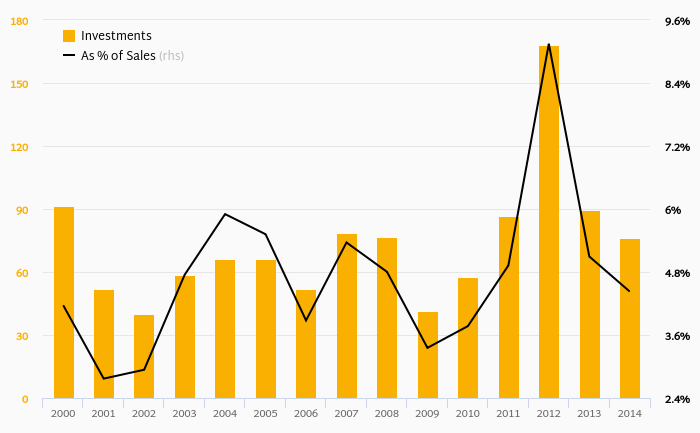 How Much Does RHI Invests? 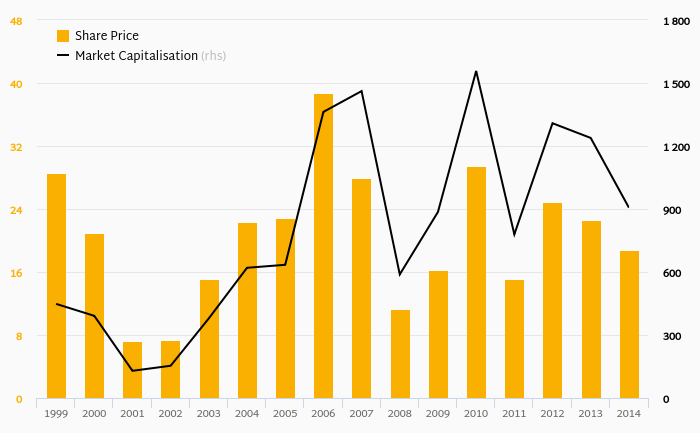 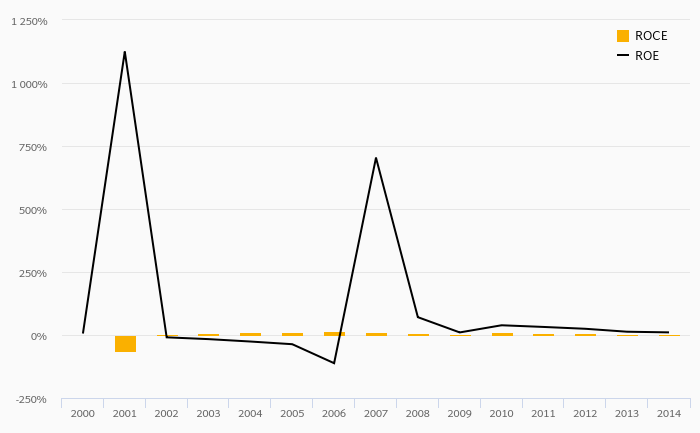 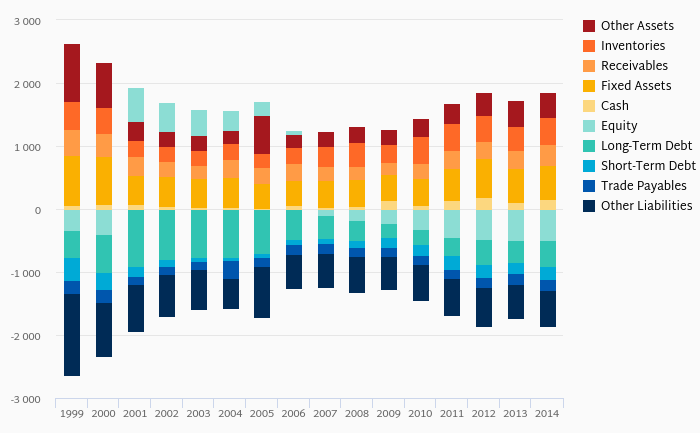 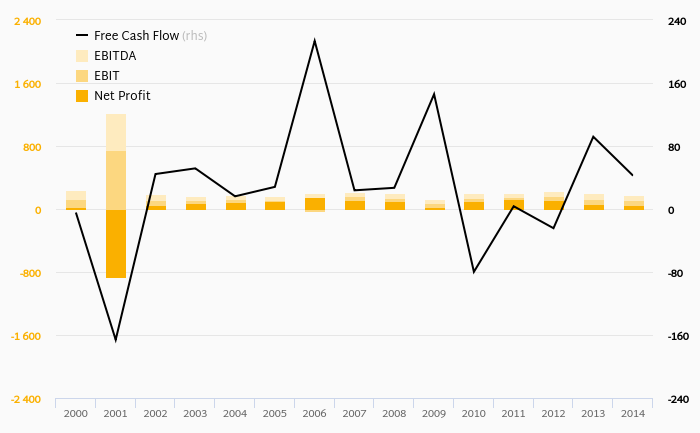 RHI AG is an Austria-based producer of ceramic refractory products. With 150 researchers, the Company is also engaged in the development and implementation of customized system solutions, as well as rendering services for the key industries steel, cement, lime, nonferrous metals, glass and environment-energy-chemicals. With 33 production sites and 8,400 staff, the Group is spread on four continents in more than 70 sales and service offices. The Company is organized into three business segments: Steel, Industrial and Raw Materials. With more than 25% stake, MS Private Foundation is the largest shareholder in the Company

RHI has been growing its sales by a year on average in the last 5 years. EBITDA has grown on average by 100% a year during that time to total of in 2015, or of sales. That’s compared to 11.4% average margin seen in last five years.

The company netted in 2015 implying ROE of and ROCE of . Again, the average figures were 20.0% and 6.60%, respectively when looking at the previous 5 years.

RHI stock traded at per share at the end of 2015 resulting in a market capitalization of . Over the previous five years, stock price fell by 0% or -100% a year on average. The closing price put stock at a 12-month trailing EV/EBITDA of x and price to earnings (PE) of x as of 2015.