Czech Coal at a Glance 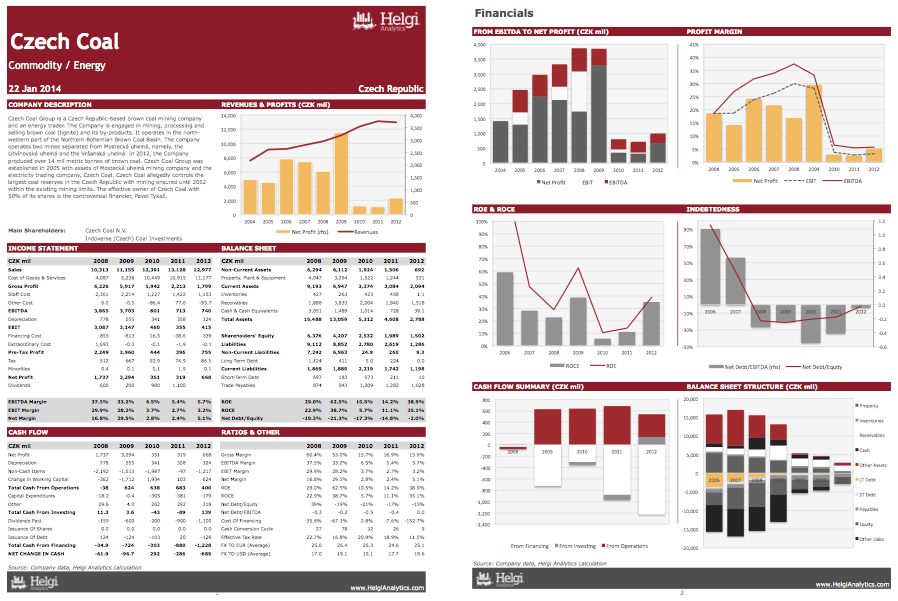 Czech Coal Group is a Czech Republic-based brown coal mining company and an energy trader. The Company is engaged in mining, processing and selling brown coal (lignite) and its by-products. It operates in the north-western part of the Northern Bohemian Brown Coal Basin. The company operates two mines separated from Mostecká uhelná, namely, the Litvínovská uhelná and the Vršanská uhelná. In 2012, the Company produced over 14 mil metric tonnes of brown coal. Czech Coal Group was established in 2005 with assets of Mostecká uhelná mining company and the electricity trading company, Czech Coal. Czech Coal allegedly controls the largest coal reserves in the Czech Republic with mining ensured until 2052 within the existing mining limits. The effective owner of Czech Coal is the controversial financier, Pavel Tykač.