Home » Reports » Explosia at a Glance 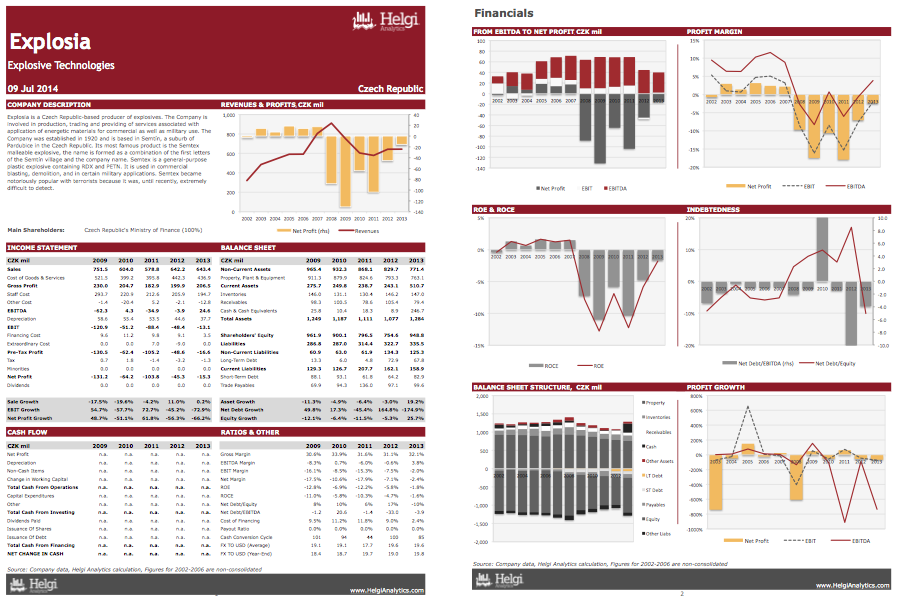 Explosia, a.s. is a Czech Republic-based producer of explosives. The Company is involved in production, trading and providing of services associated with application of energetic materials for commercial as well as military use. The Company was established in 1920 and is based in Semtín, a suburb of Pardubice in the Czech Republic. Its most famous product is the Semtex malleable explosive, the name is formed as a combination of the first letters of the Semtín village and the company name. Semtex is a general-purpose plastic explosive containing RDX and PETN. It is used in commercial blasting, demolition, and in certain military applications. Semtex became notoriously popular with terrorists because it was, until recently, extremely difficult to detect.

This report offers a summary of the Company's performance in 2002-2013. You will find here all the key numbers from the Company's balance sheet, income statement and cash flow and main ratios related to the Company's business