Raiffeisenbank Czech Rep. at a Glance 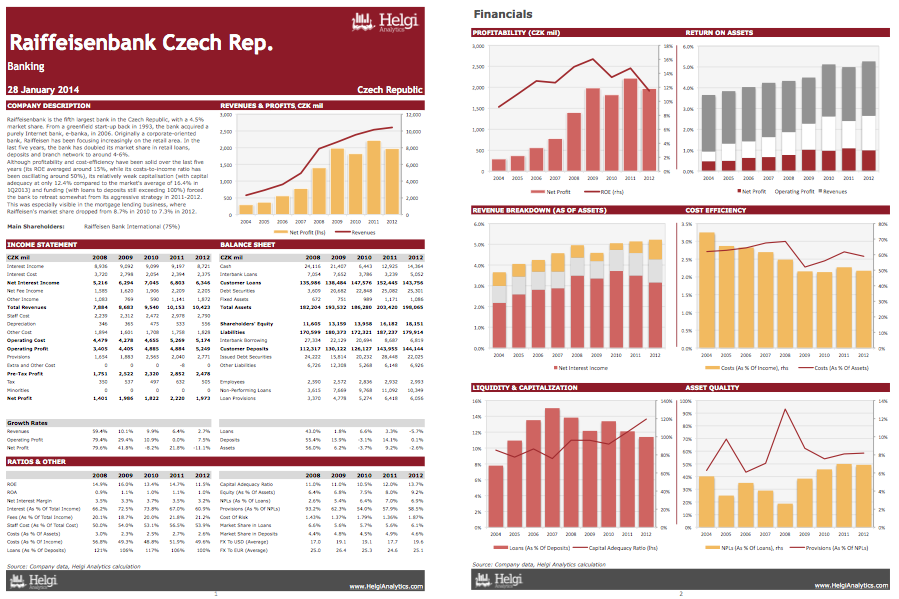 Raiffeisenbank is the fifth largest bank in the Czech Republic, with a 4.5% market share. From a greenfield start-up back in 1993, the bank acquired a purely Internet bank, e-banka, in 2006. Originally a corporate-oriented bank, Raiffeisen has been focusing increasingly on the retail area. In the last five years, the bank has doubled its market share in retail loans, deposits and branch network to around 4-6%.

Although profitability and cost-efficiency have been solid over the last five years (its ROE averaged around 15%, while its costs-to-income ratio has been oscillating around 50%), its relatively weak capitalisation (with capital adequacy at only 12.4% compared to the market's average of 16.4% in 1Q2013) and funding (with loans to deposits still exceeding 100%) forced the bank to retreat somewhat from its aggressive strategy in 2011-2012. This was especially visible in the mortgage lending business, where Raiffeisen's market share dropped from 8.7% in 2010 to 7.3% in 2012.