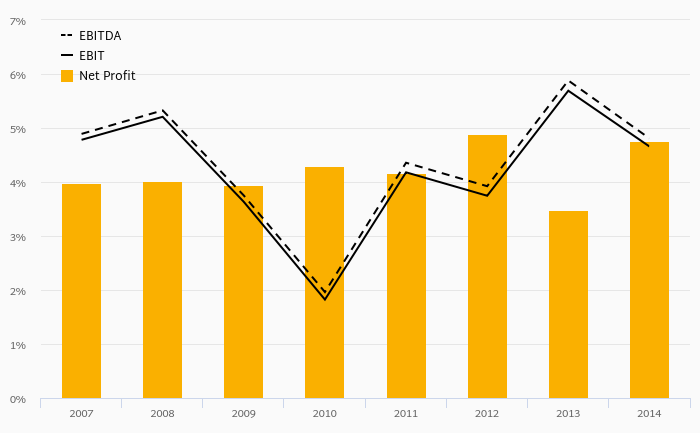 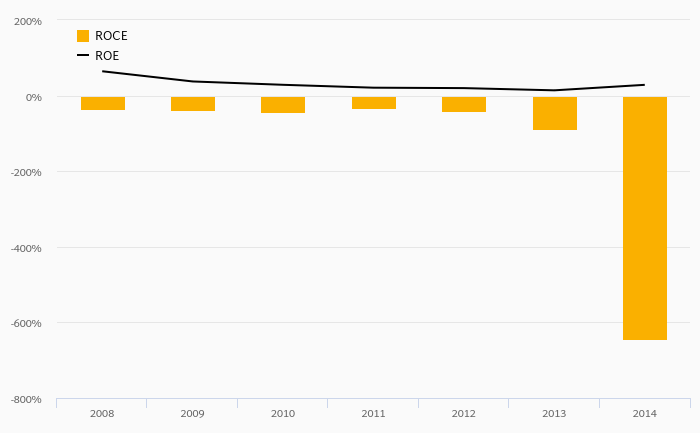 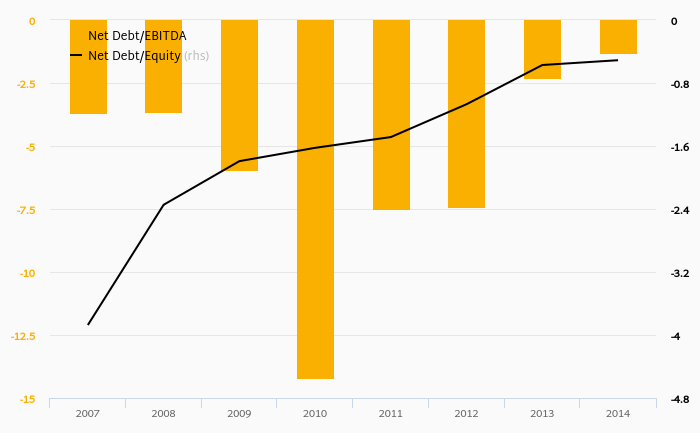 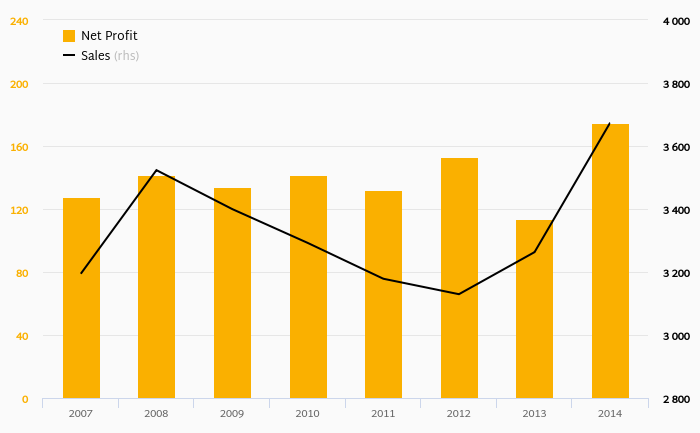 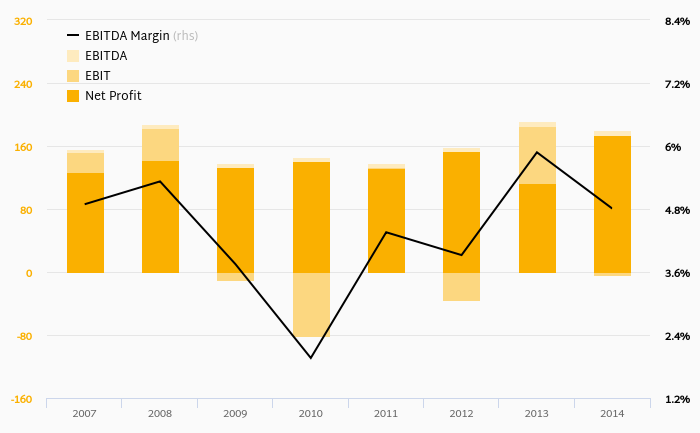 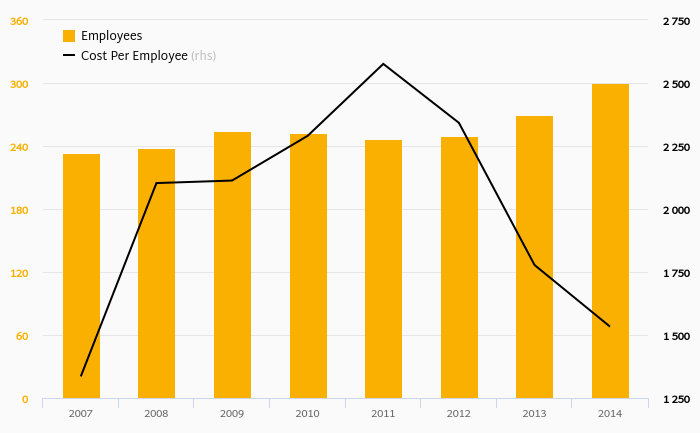 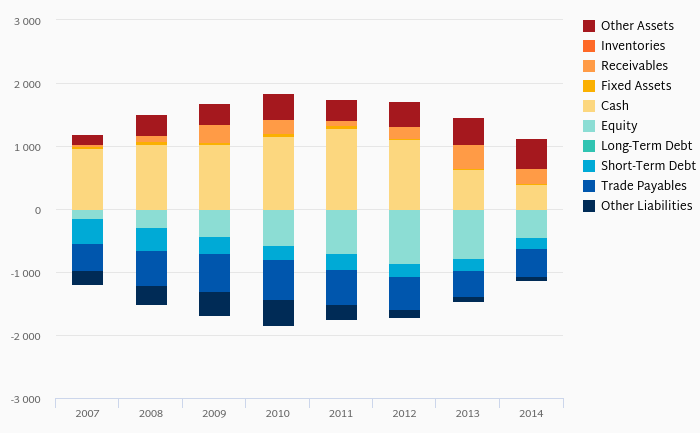 EXIM TOURS a.s is a Czech Republic-based travel agency. Its services include stays in the mountains, tours in the Czech Republic, sightseeing tours, hotel facilities in Prague and outside of Prague, walking tours in historical centers, and excursions. The Company operates in Slovakia, Hungary, Romania and Poland. The Company was founded in 1992 and is based in Praha, Czech Republic and has additional offices in Warsaw, Bratislava, Budapest, and Bucharest. As of the end of 2012, EXIM TOURS a.s. operated as a subsidiary of REWE Touristik GmbH.

EXIM Tours has been growing its sales by a year on average in the last 5 years. EBITDA has grown on average by 100% a year during that time to total of in 2015, or of sales. That’s compared to 4.74% average margin seen in last five years.

The company netted in 2015 implying ROE of and ROCE of . Again, the average figures were 20.8% and -202%, respectively when looking at the previous 5 years.

EXIM Tours’s net debt amounted to at the end of 2015, or of equity. When compared to EBITDA, net debt was x,