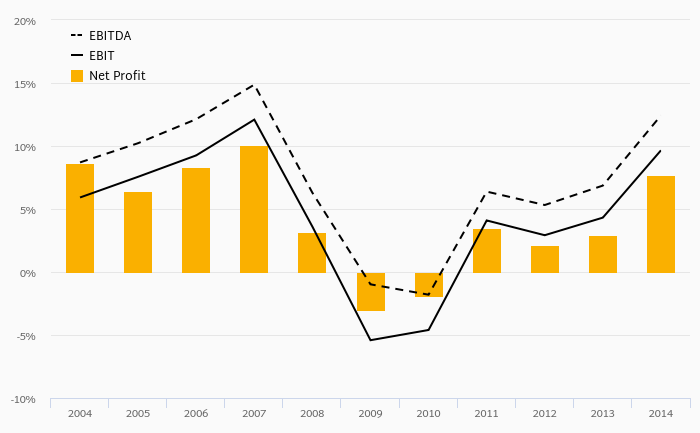 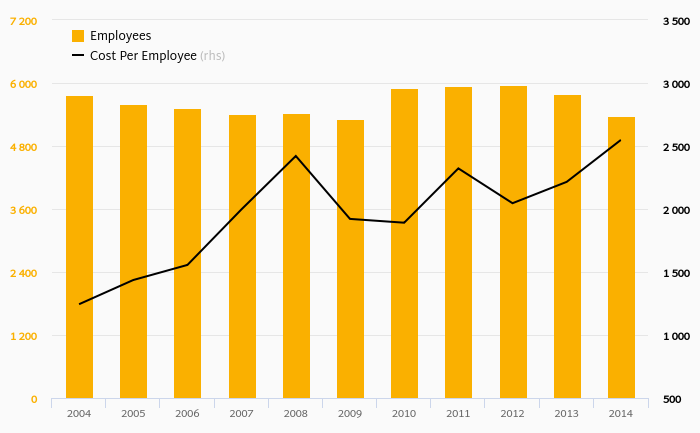 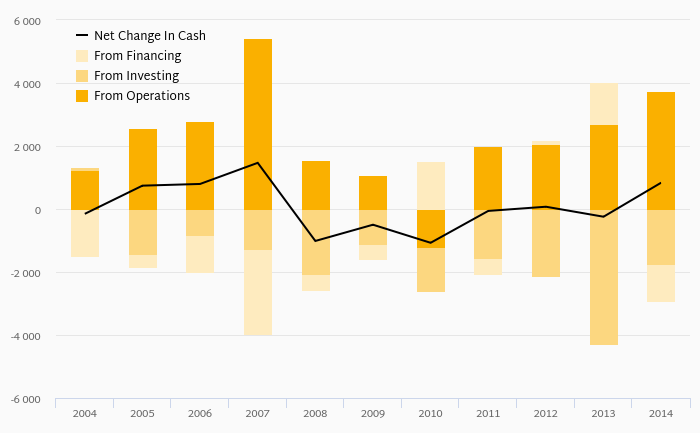 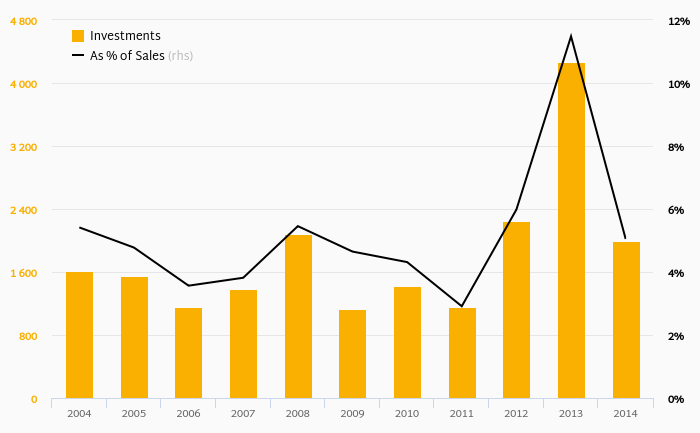 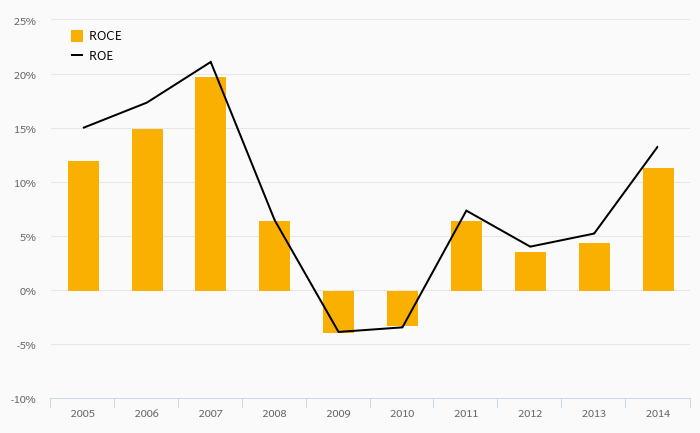 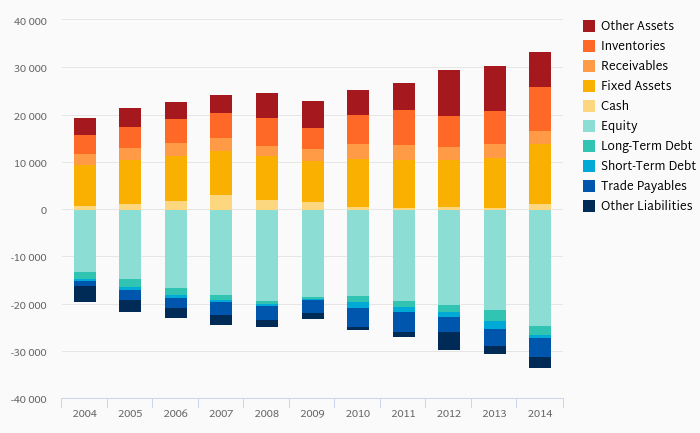 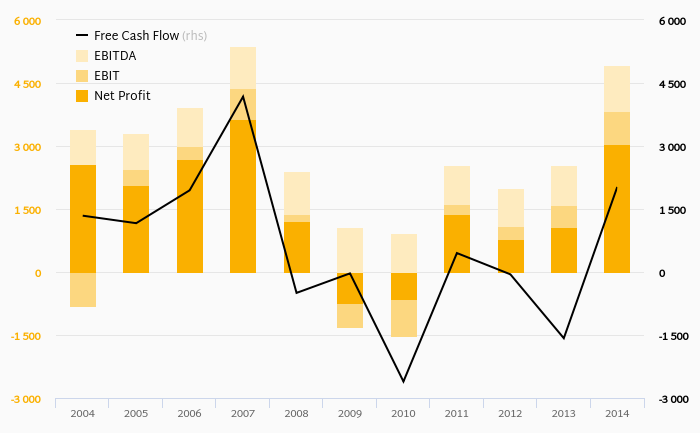 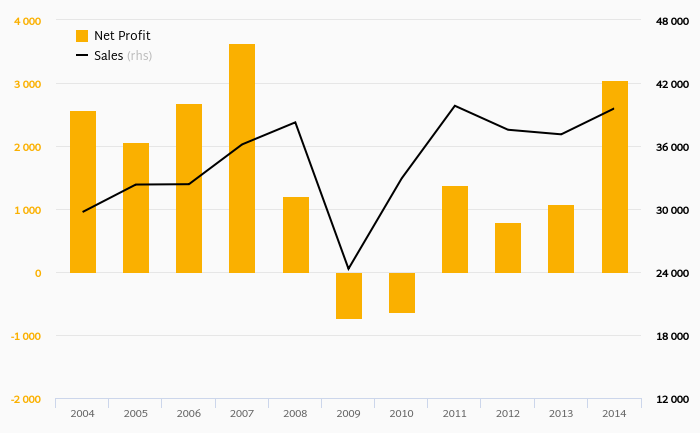 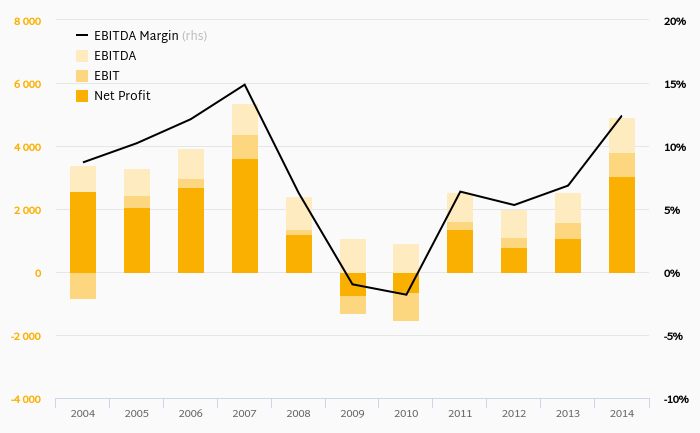 Třinecké železárny, a.s. (Třinec Iron and Steel Works) is a producer of long rolled steel products in Třinec, Moravian-Silesian Region in the Czech Republic. The Company produces over a third of all steel produced in the Czech Republic (roughly 2.5 million tonnes annually). Since its establishment, Třinecké železárny's plants have produced more than 150 million tonnes of crude steel. The Company was established in 1839 by the Těšín Chamber which was then owned by the Archduke Karl von Habsburg. In 1946, Třinecké železárny was nationalized and become a part of the Czechoslovakia’s socialistic industry, when the development of heavy industry had special importance. Since 1996 Třinecké železárny has been a fully privatized company and its major shareholder is the joint stock company Moravia Steel

Trinecke Zelezarny has been growing its sales by a year on average in the last 5 years. EBITDA has grown by 0% during that time to total of in 2015, or of sales. That’s compared to 7.74% average margin seen in last five years.

The company netted in 2015 implying ROE of and ROCE of . Again, the average figures were 7.48% and 6.49%, respectively when looking at the previous 5 years.

Trinecke Zelezarny’s net debt amounted to at the end of 2015, or of equity. When compared to EBITDA, net debt was x, down when compared to average of 0.824x seen in the last 5 years.