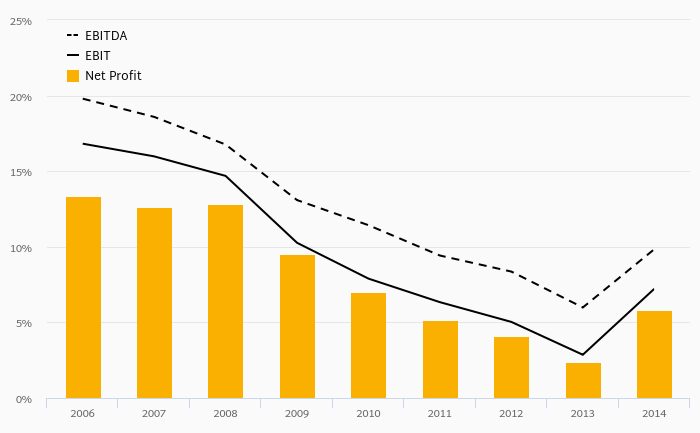 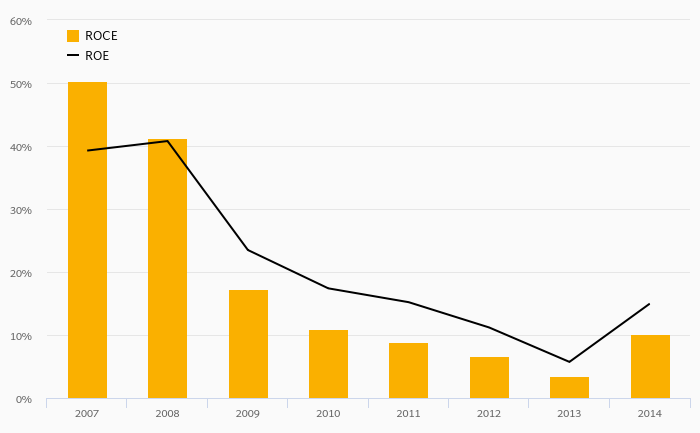 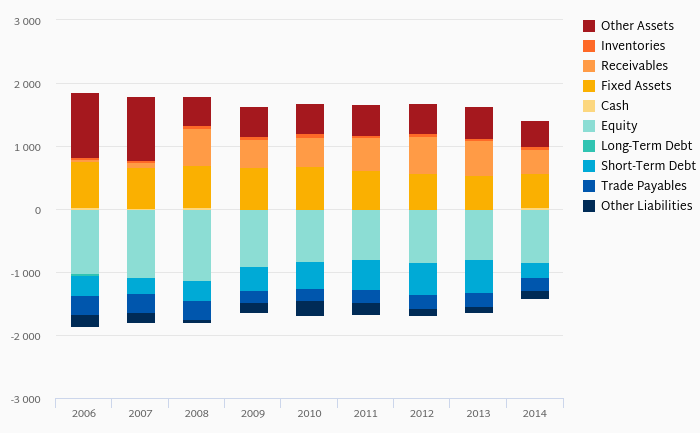 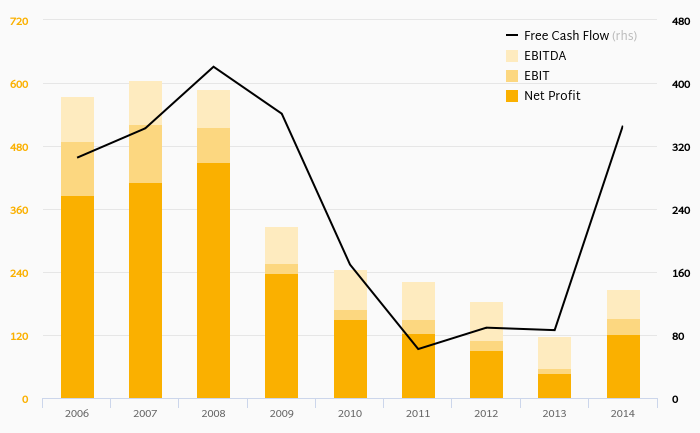 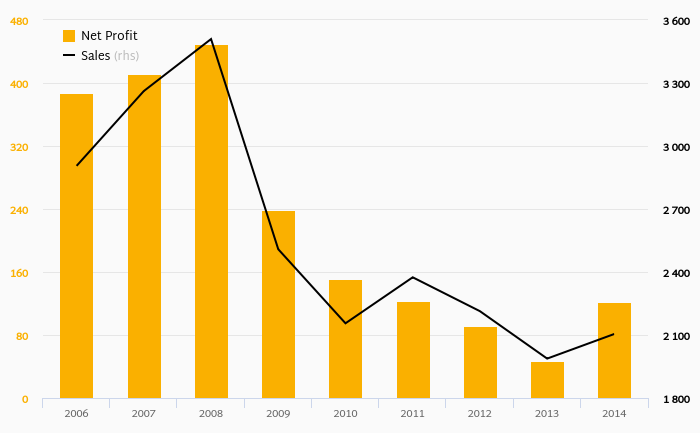 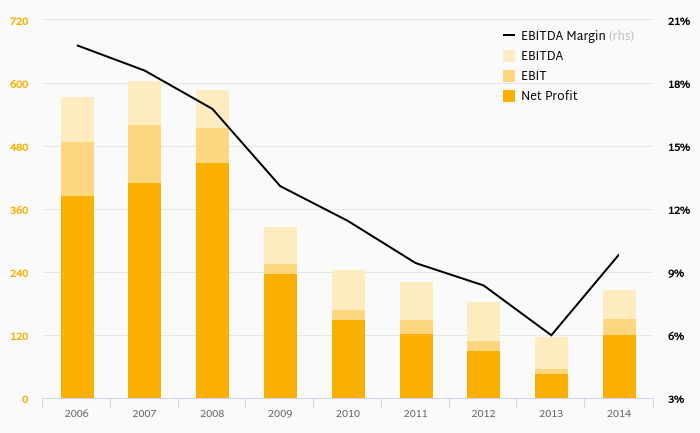 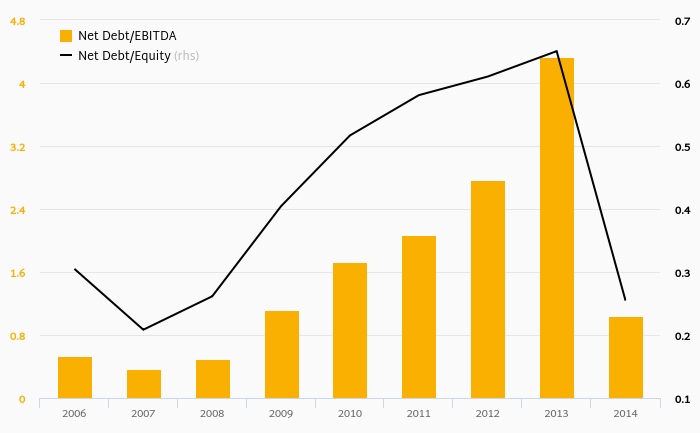 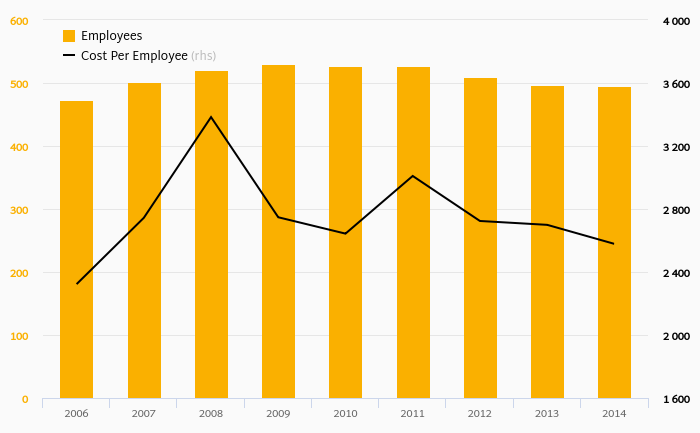 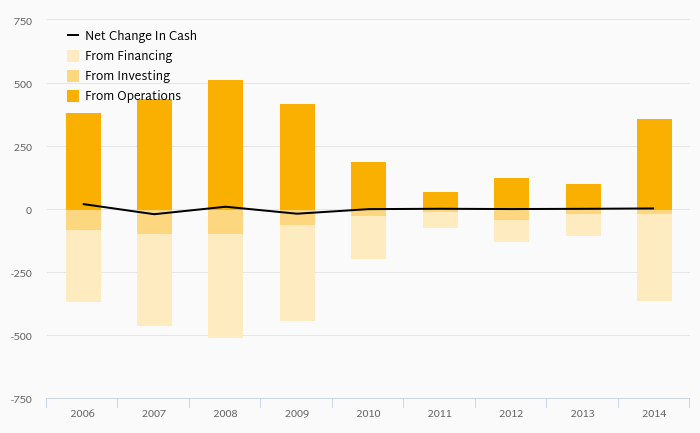 ZAPA beton a.s. is a Czech Republic-based concrete producer. From a small company set-up at the beginning of 1990's, the Company has grown through renting older plants and their gradual modernisation. Following a few acquisitions of new plants, ZAPA beton became one of the leading producers on the Czech market for ready mixed concrete. At the end of 1990's, ZAPA beton was incorporated into the structure of the German Dyckerhoff Group, which later became part of the multinational Buzzi Unicem Group from Italy. At the end of 2014, ZAPA beton was producing in 55 concrete mixing plants, 2 quarries, 2 grinding plants and 4 gravel pits in the Czech Republic 14 concrete mixing plants and 2 gravel pits in Slovakia

ZAPA beton has been growing its sales by a year on average in the last 5 years. EBITDA has grown by 0% during that time to total of in 2015, or of sales. That’s compared to 8.40% average margin seen in last five years.

The company netted in 2015 implying ROE of and ROCE of . Again, the average figures were 11.8% and 7.31%, respectively when looking at the previous 5 years.

ZAPA beton’s net debt amounted to at the end of 2015, or of equity. When compared to EBITDA, net debt was x, down when compared to average of 2.55x seen in the last 5 years.