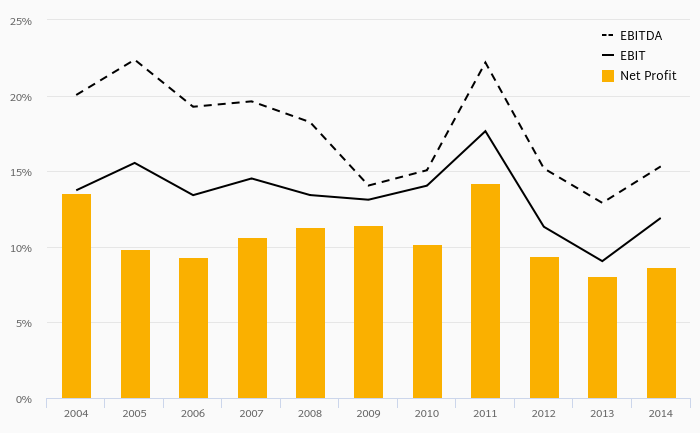 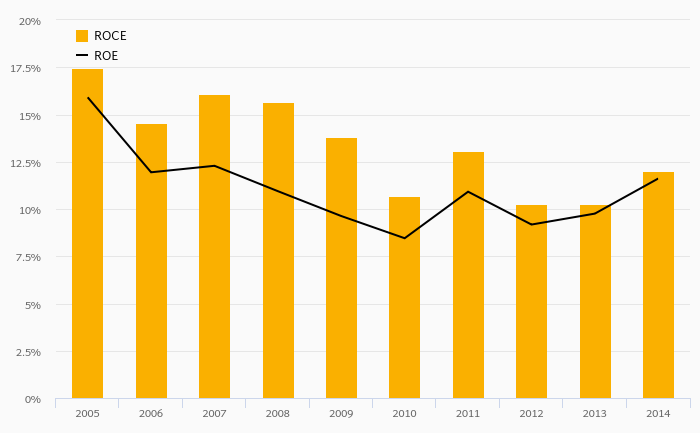 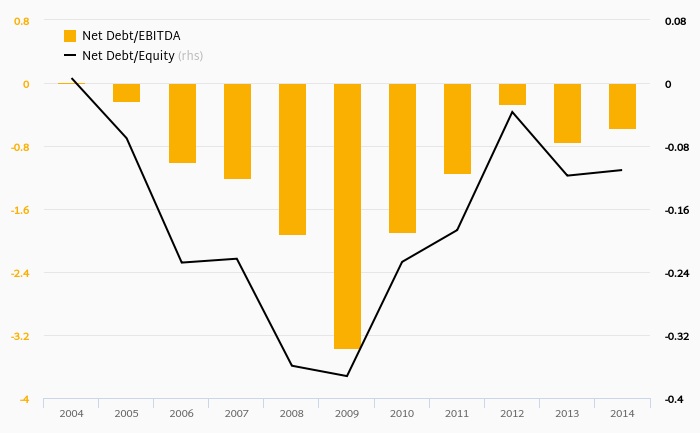 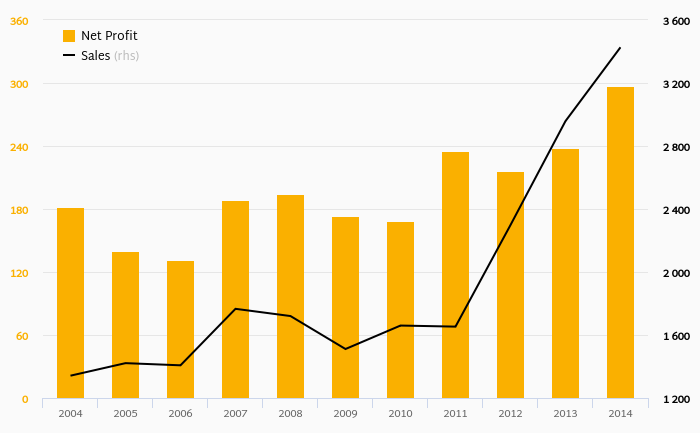 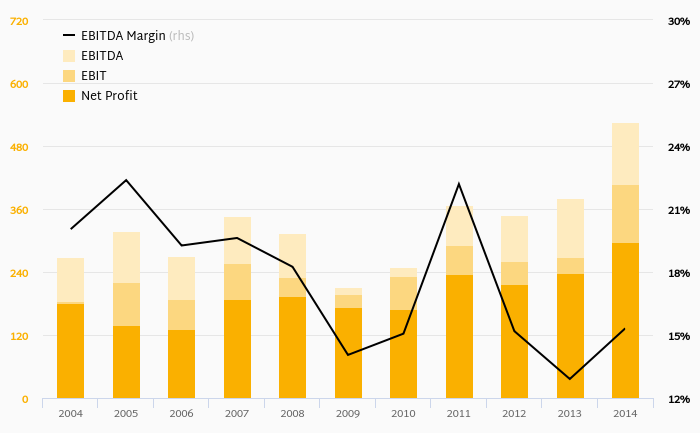 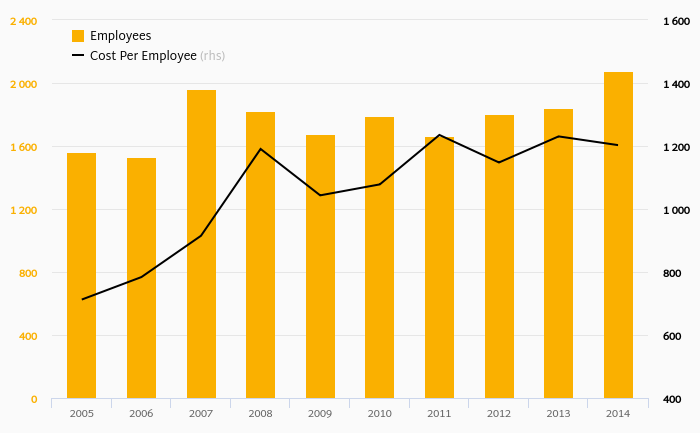 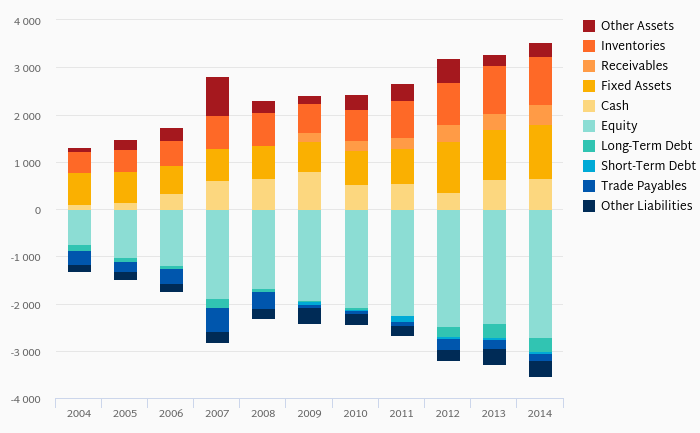 KOH-I-NOOR is a Czech Republic-based producer and retailer of school, office, and artist supplies. KOH-I-NOOR Hardtmuth produces more than 4,500 commodities such as pencils, charcoal, red chalk, pastels, crayons, chalk, oil and water colours, distemper, Indian ink, a whole host of stationery, drawing materials, rubbers and similar. The Company was founded by Josef Hardtmuth in 1790 in Vienna; however, the production of graphite leads was relocated to České Budějovice in 1848. In 2007, KOH-I-NOOR Holding made a few acquisitions and incorporated the production plants PONAS in Polička and HEMUS based in Burgas in Bulgaria.

KOH-I-NOOR Holding has been growing its sales by a year on average in the last 5 years. EBITDA has grown on average by 100% a year during that time to total of in 2015, or of sales. That’s compared to 16.4% average margin seen in last five years.

The company netted in 2015 implying ROE of and ROCE of . Again, the average figures were 10.4% and 11.4%, respectively when looking at the previous 5 years.

KOH-I-NOOR Holding’s net debt amounted to at the end of 2015, or of equity. When compared to EBITDA, net debt was x,