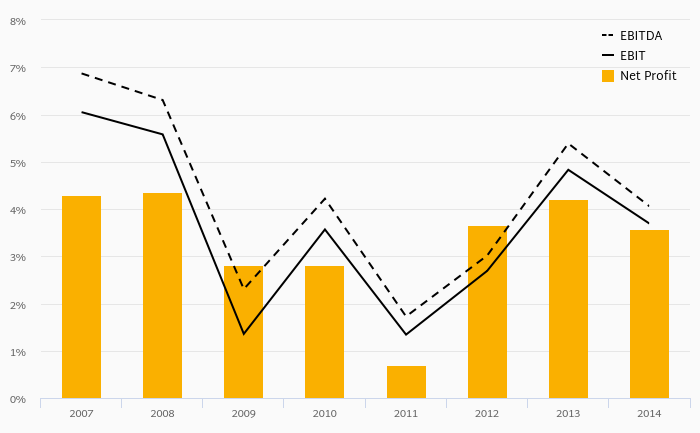 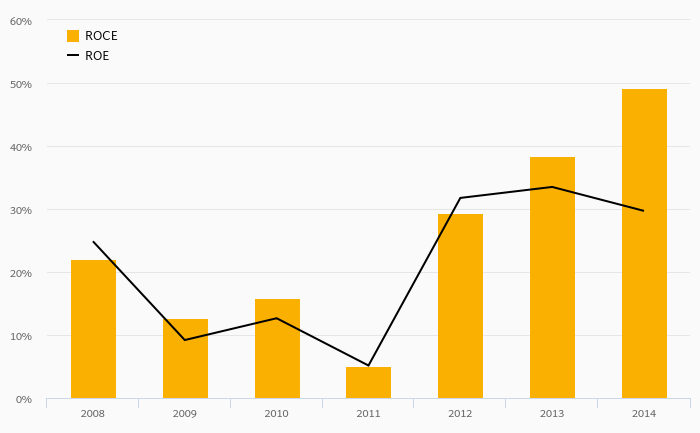 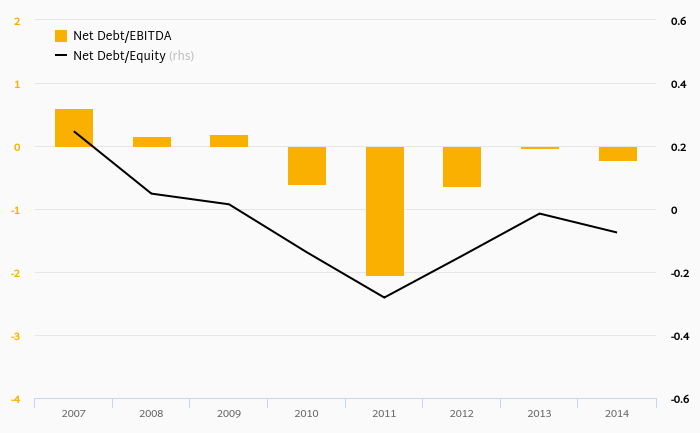 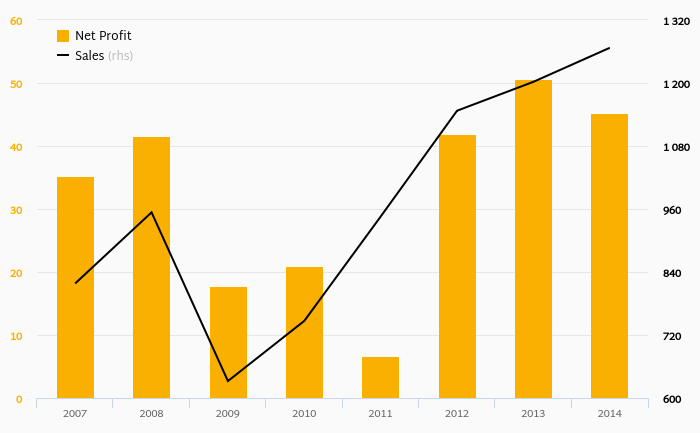 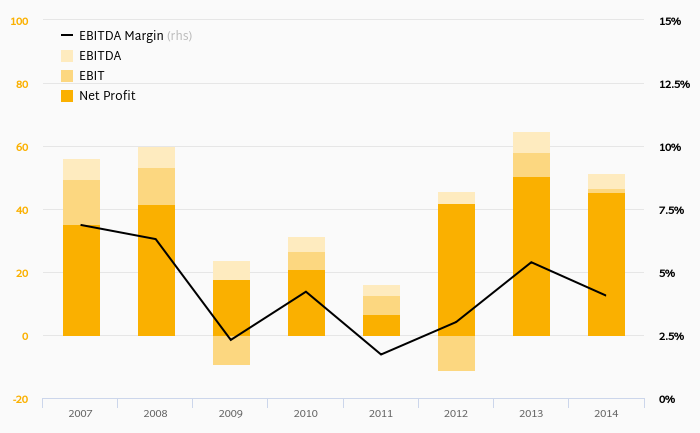 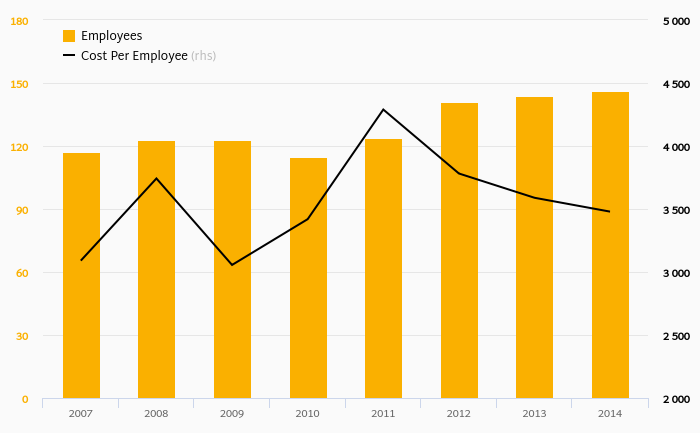 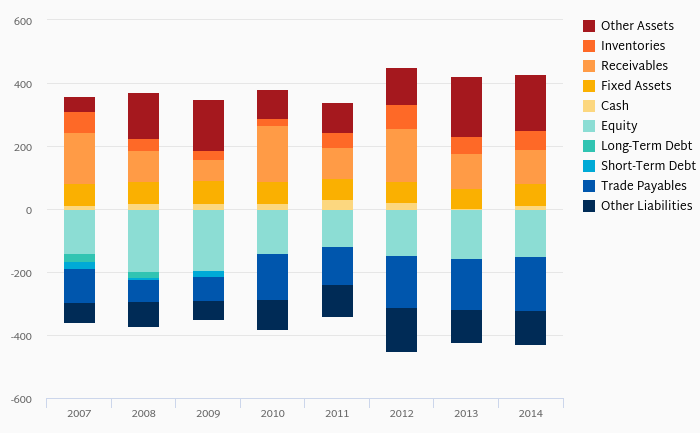 STILL ČR spol. s r.o. is a Czech Republic-based subsidiary of the producer of forklift trucks, platform trucks and tractors plus the latest Intralogistics systems. With more than 7,000 employees, 4 production plants, 14 dealerships in Germany, 17 subsidiary companies abroad, plus a dealer network consisting of 246 dealers wordwide, STILL Group is active on an international scale. The Czech subsidiary is based in Prague, the Czech Republic.

STILL Czech Republic has been growing its sales by a year on average in the last 5 years. EBITDA has grown by 0% during that time to total of in 2015, or of sales. That’s compared to 3.55% average margin seen in last five years.

The company netted in 2015 implying ROE of and ROCE of . Again, the average figures were 25.0% and 30.5%, respectively when looking at the previous 5 years.

STILL Czech Republic’s net debt amounted to at the end of 2015, or of equity. When compared to EBITDA, net debt was x, up when compared to average of -0.730x seen in the last 5 years.